A South Carolina high school student has turned to social media after being told that he cannot fly an American flag from his truck on school property. Peyton Robinson, a student at York Comprehensive High School, used his Instagram account to voice his displeasure. “I've been told by 2 administrators at my school this morning that I can't have an American Flag on my truck because other people have complained about it,” says Robinson. He goes on to say he will fight the ban:

"I have every right to fly an American flag. It will not be coming off of my truck. This really pisses me off. I ask that everyone that sees this post that attends York Comprehinsive flys an American flag of some sort on whatever they may drive to school tomorrow to prove a point. I will not let this go down without a fight."

Students came to Robinson's aid and protested the rule in what the school called "peaceful" protests.

York Comprehensive High School has announced that it will now begin exempting the American flag from its rule against flags being flown from cars, “as long as the size of the flag(s) does not create a driving hazard.” York Comprehensive concluded that this scenario “is the very process we advocate in our Social Studies classrooms and the fabric of American citizenship.” 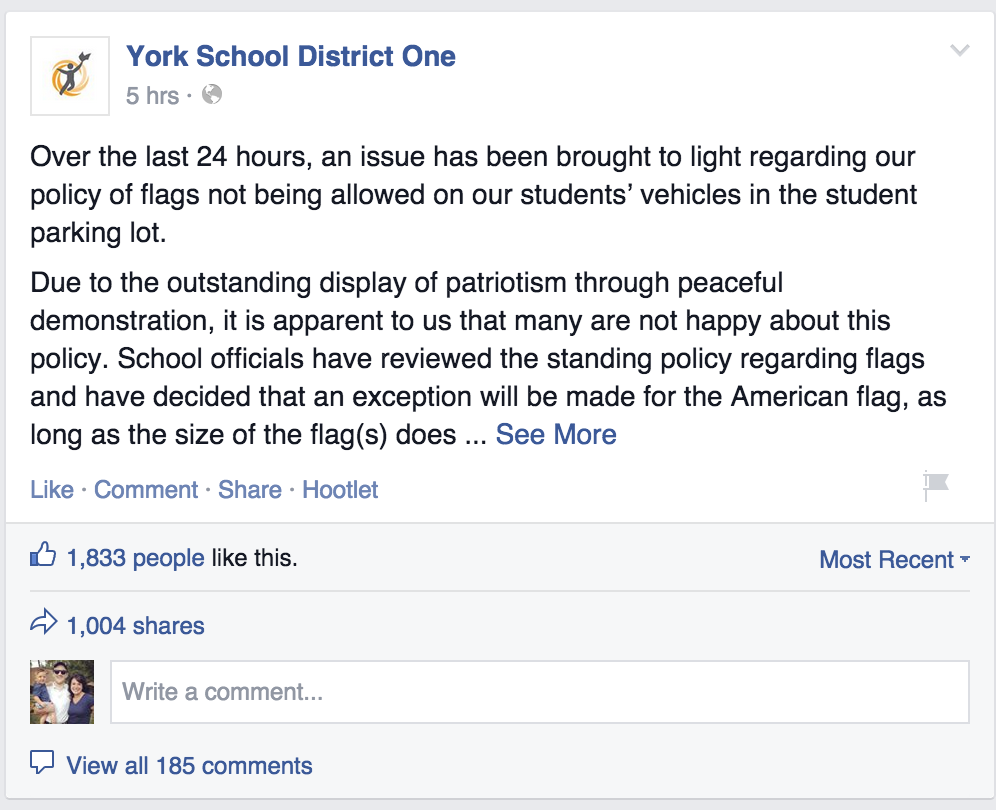