When Sam Turner reached the endzone to make the first touchdown of his high school career, he took a few seconds to thank the Lord for his success on the field.  Little did he know how much his gesture would cost him.

In the eyes of the referee, Turner's gesture earned him a 15-yard penalty for "unsportsmanlike conduct," according to the News-Press.

Turner, however, is not deterred by these comments.  In an interview with the News-Press, he seemed pretty confident that his faith would trump the referee's criticism:

“I use my faith as a platform for my talents. My teammates are giving me tons of support."

While Turner's situation is pretty novel for a high-school football league, a lot of pro-football players have also been penalized for praying on-field.

Husain Abdullah, a safety for the Kansas City Chiefs, got penalized earlier this football season because he decided to pray in celebration of his touchdown, according to NBC News.

If anything, Abdullah and Turner are just taking a nod from Tim Tebow for expressing their faith. 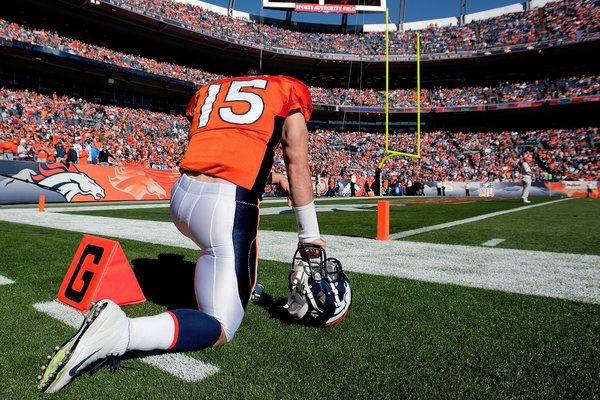