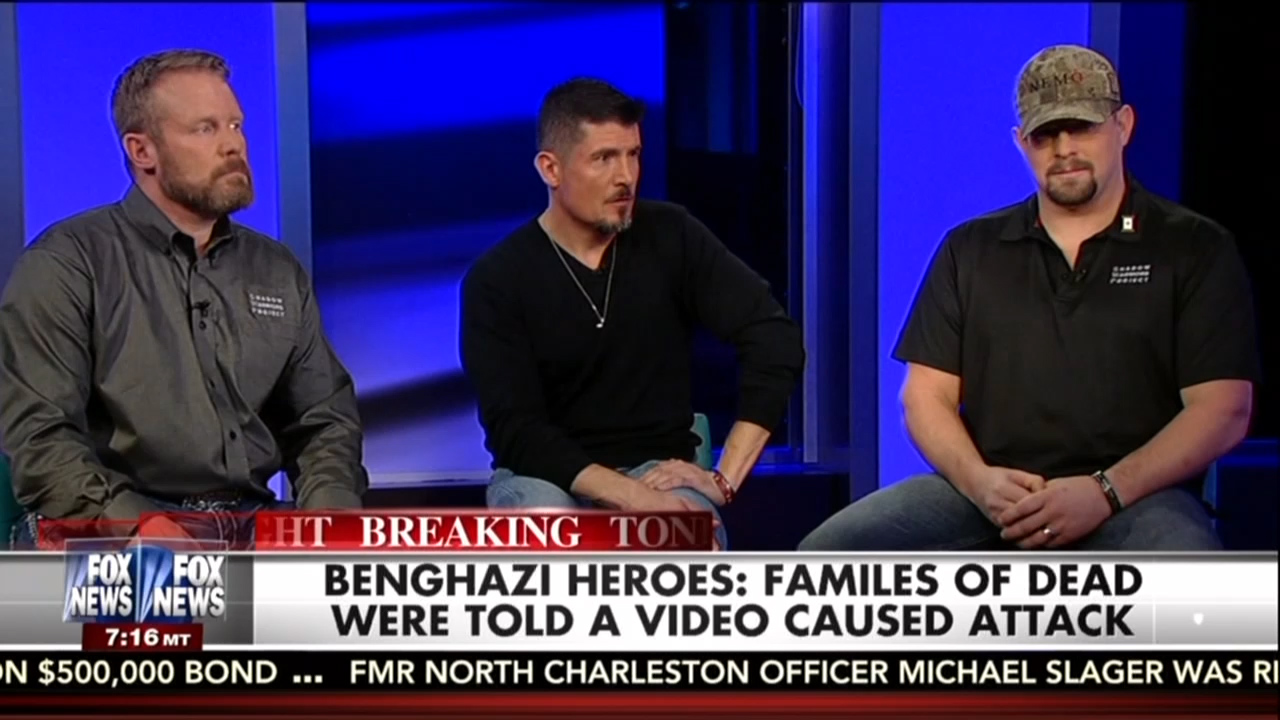 On Monday's “The Kelly File," Megyn Kelly sat down with the heroes of the 2012 attack on a U.S. embassy in Benghazi, Libya, and asked them about Hillary Clinton’s recent implied accusations that the families of the victims had lied about her explanation of the events.

While visiting New Hampshire last week, Clinton was pressed by Conway Daily Sun Columnist Tom McLaughlin about her telling an Egyptian diplomat that the attack had nothing to do with an anti-Muslim film that had been released prior to the attack, only to later tell the families that the attack was the result of a protest over the film.

"Somebody is lying," said McLaughlin. "Who is it?

Clinton replied, "Not me, that's all I can tell you.”

Though, judging by a transcript of her remarks to the victims' families at Andrews Air Force Base, she did indeed allude to an “awful internet video” leading to “rage and violence directed at American embassies.”

When Kelly asked survivor John Tiegen to respond to Clinton's insinuation that the families were lying, Tiegen answered, “I know Pat Smith, I know Katie Quigley, Glenn’s sister. We know Ty's mom. We know what they told us was said and I know them very well."

"I know that they were told it was a video, because that's what they told me and I believe Pat and Katie. I believe Charles Woods,” he added.

“The truth is not being told,” Tiegen continued. “It does matter. It matters to honor our friends that passed away… and to honor the families that need to know the truth of what took place there that night, because they didn’t know.”

See the full clip below: