Here's What the DOJ Investigated While Ignoring the Clinton Foundation 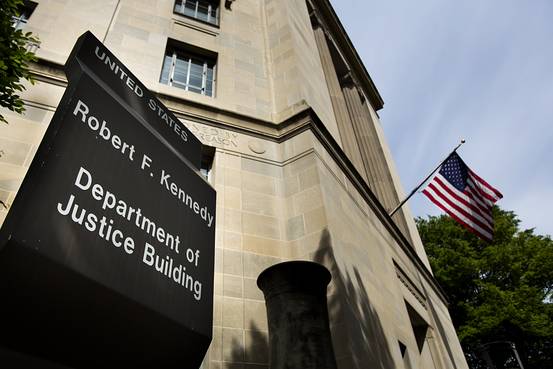 Law-abiding citizens across the country were (not-so) shocked this week to learn that earlier this year, President Obama’s Justice Department had blocked the FBI from investigating corrupt ties between the Clinton Foundation and the State Department while Hillary Clinton was serving as Secretary of State.

Three different FBI field offices recommended the DOJ look into possible backscratching allegations between the State Department and the Foundation – all three of which were denied by Attorney General Loretta Lynch. (Then again, this is the same Justice Department that declined to prosecute the IRS for targeting conservative groups, so color us shocked.)

Early this year as the investigation into Clinton's private email server was in full swing, several FBI field offices approached the Justice Department asking to open a case regarding the relationship between the State Department and the Clinton Foundation, according to a law enforcement official. At the time, DOJ declined because it had looked into allegations surrounding the Clinton Foundation around a year earlier and found there wasn't sufficient evidence to open a case.

While this revelation probably shouldn’t come as a surprise to many, here are a few things the Justice Department thinks are more worth looking into than the glaringly obvious dirty dealings between the Clintons and the State Department.

1. They went after the state of Connecticut for not automatically providing citizens with voting registration documents at the same time they obtained a driver’s license or a change of address – because apparently citizens can’t be expected to register themselves without someone spoon-feeding them the documents.

2. They just filed a lawsuit against New Mexico State University for allegedly paying a female coach less than a male coach simply because she’s female (yet to be proven in court). The DOJ claims the lawsuit will help “close the wage gap,” despite the fact that the mythical wage gap has been debunked more times than climate change.

3. Speaking of climate change, the DOJ recently sued a cement company for allegedly violating President Obama’s Clean Air Act and contributing to killing the planet. Under the settlement, Cemex will have to pay a $1.69 million civil penalty and invest another $10 million to cut its plants’ emissions. The company also has to spend $150,000 on energy efficiency projects to reduce its emissions output and limit its impact on “global warming.”

4. The DOJ sued to block Anthem’s $54 billion acquisition of Humana, which was already being acquired by Cigna and Aetna for $37 billion, because the move would reduce the number of large health insurers from five to three and “limit competition.” In a statement just dripping with irony, the same government that thought Obamacare was a brilliant idea is now claiming that Anthem buying out Humana “would harm seniors, working families and individuals, employers and doctors and other healthcare providers by limiting price competition, reducing benefits, decreasing incentives to provide innovative wellness programs and lowering the quality of care.”

And of course, this is all in addition to the time the DOJ spends “looking into” criminally prosecuting people who don’t buy into the government’s stance on climate change, launching racially-motivated investigations into police departments and facilitating President Obama’s commuting the prison sentences of 214 felons.