Things on Twitter got heated Tuesday when CNN media correspondent and host of the network's show Reliable Sources Brian Stelter attempted to call out Fox News for failing to cover an important story on Roger Stone.

The story that Stelter was attempting to accuse Fox of ignoring was that of the DOJ’s surprising reversal regarding the sentence of convicted Trump ally Roger Stone. The DOJ went against its own prosecutors in seeking a lower punishment for Stone.

Unfortunately, as many Twitter users promptly informed Stelter, Fox News had, in fact, broken the story earlier in the day. 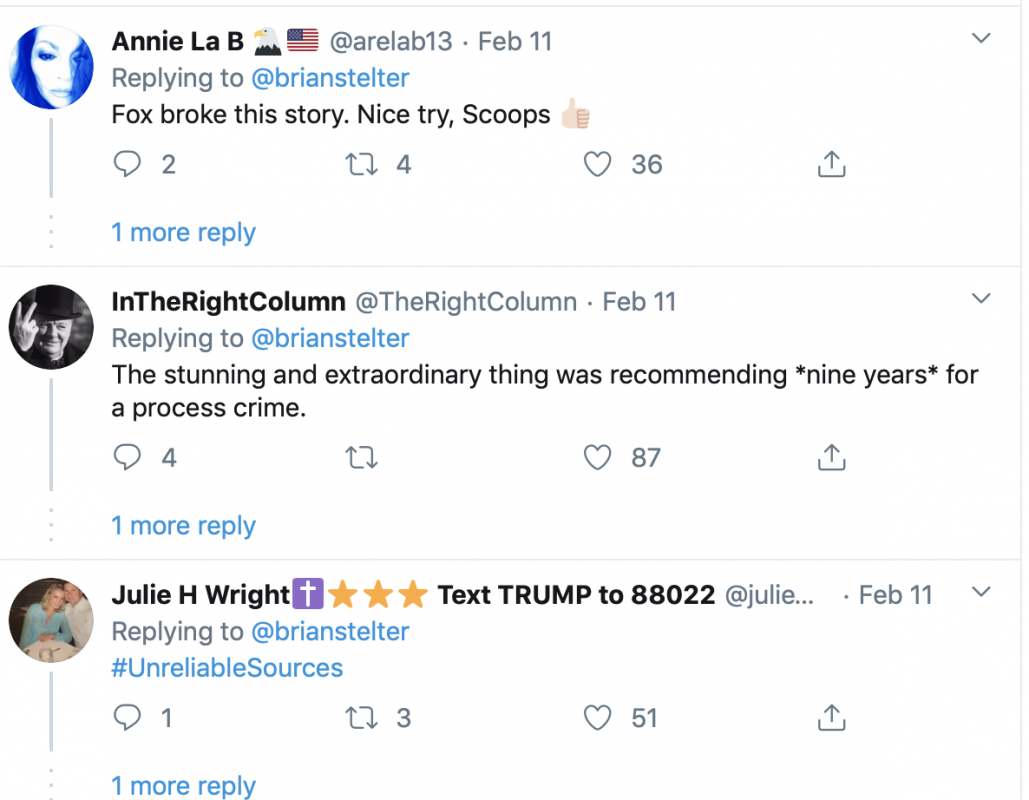