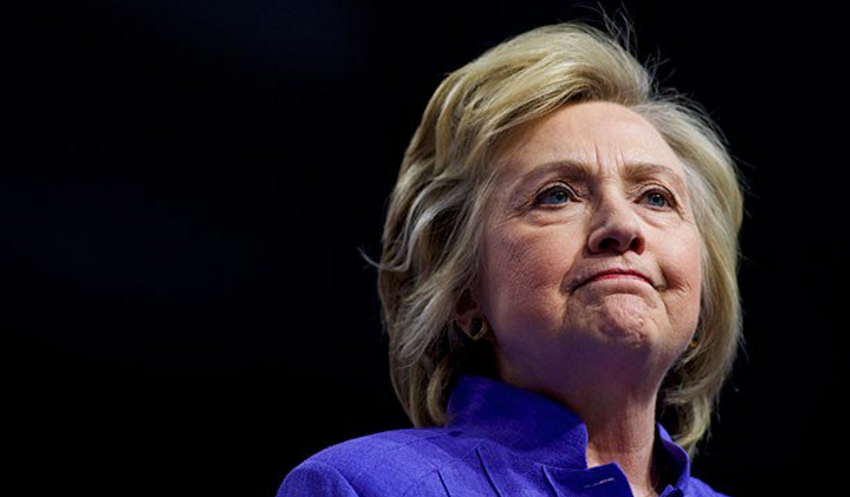 An ongoing Gallup study shows that the first and most frequent word that comes to mind for most Americans when describing Democratic presidential nominee Hillary Clinton was “email” - until last week, when a new term kicked it out of the top spot.

In Gallup's research project surveying more than 30,000 U.S. adults over the past ten weeks, Americans most often used the word “email” when asked to recall “what they have read, seen or heard” recently about the former secretary of state - in every week except the week of the convention and last week (Sept. 12-18), when "health" surged to number one.

Last week, as concerns about Clinton's health rose, the top words associated with Clinton were:

“Americans have most frequently used the word ‘email’ to describe Clinton in eight of the 10 weeks of this project so far,” Gallup writes. “The only two times when this was not the case were the week of the Democratic National Convention, when ‘convention’ became the most frequently cited word, and this past week, when mentions of Clinton's ‘health’ and "pneumonia" rose to the top of the list.”

Other words Americans used for Clinton include “lie,” “scandal,” and “foundation.”

Responses include words such as “Obama,” “Mexico,” and “immigration.”

“Though Clinton has attacked Trump on several issues related to his character, no specific words representing negative traits have ‘stuck’ to Trump the way the word ‘email’ has to Clinton,” reports Gallup. “Instead, Americans' recollection of information about Trump shifts in response to his campaign schedule, speeches, comments and the resulting controversies that sometimes arise from those comments.”

Here's the full list below of the most frequently used words to describe the respective candidates: 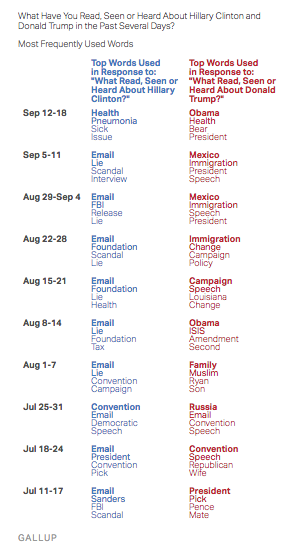 How would you describe Clinton or Trump? Let us know what word first comes to mind in the comments section below!