Harvard Prof. to Students: Stay Home if You Want a 'Safe Space' from Opposing Ideas 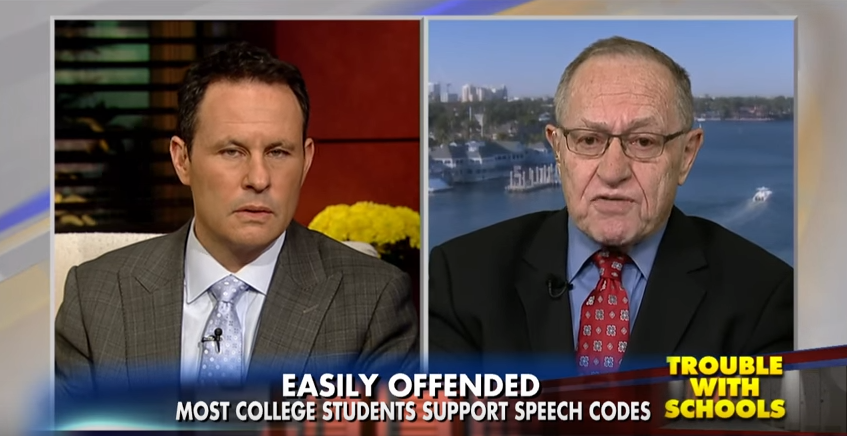 He said that students think they know everything they need to know about contentious topics such as race, rape, and global warming, and get easily offended by opposing points of view:

Dershowitz went on to say that the situation on college campuses is so dire that speakers who are not “politically correct” worry for their physical safety:

“Christian speakers, pro-Israel speakers -- speakers who are not politically correct today have their physical safety endangered. I know when I speak on college campuses in favor of Israel, I need armed guards protecting me from radical leftist students who would use physical intimidation.”

“We have to distinguish between safe spaces for ideas -- there should be none -- and physically safe places, where you’re not intimidated or you’re not threatened,” Dershowitz argued.

Listen to his full remarks in the video below.