Sen. Elizabeth Warren, known better in many circles as “Fauxcahontas," has received a very thoughtful birthday gift by her Massachusetts challenger: a DNA test.

Fox News reported on Monday that Ayyadurai had tweeted about sending the Massachusetts senator, whose birthday was on June 22, a DNA test as a birthday present, along with an affectionate note. 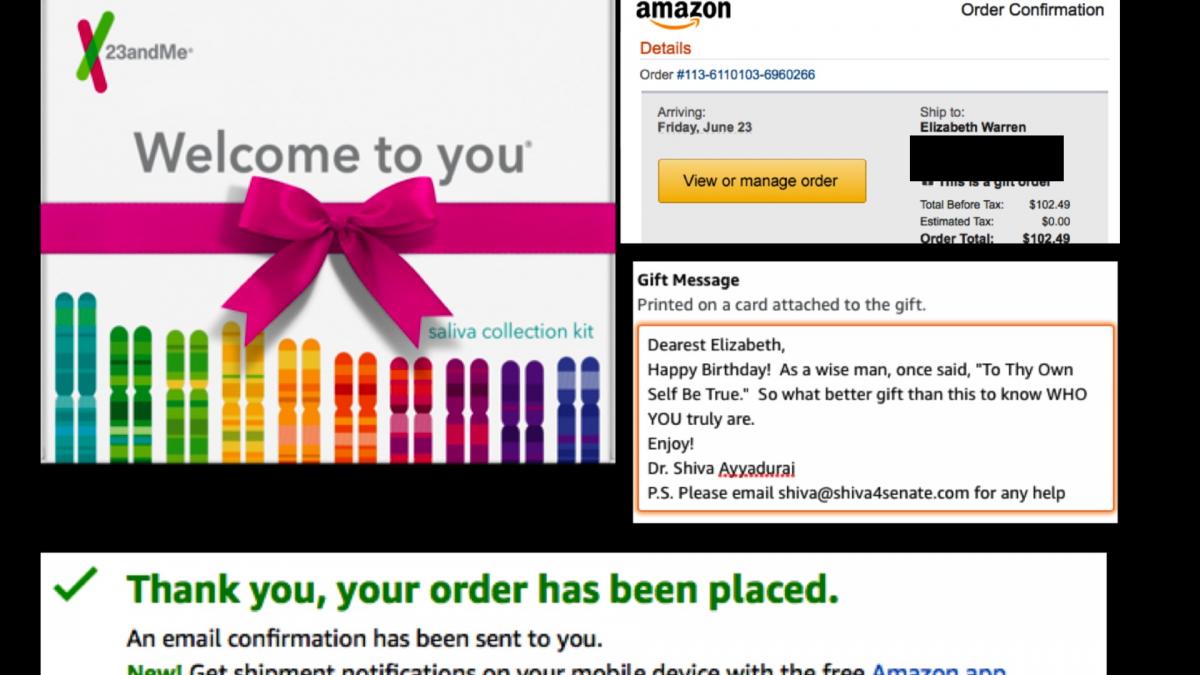 "Dearest Elizabeth, Happy Birthday! As a wise man once said, 'To Thy Own Self Be True.' So what better gift than this to know WHO YOU truly are. Enjoy!"

The well-meaning gesture apparently was not well received, as Warren refused the gift. Ayyadurai later tweeted that he was receiving a refund from Amazon, because the senator never actually got it.

Maybe next year, just send her a gift card to Moccasins 'R Us.