A man says he felt “threatened” and ostracized by a “racist” old photo of coal miners covered in soot hanging at a Phoenix restaurant, and is actually wondering why no one is taking his complaints seriously.

And no, this is not The Onion.

Rashaad Thomas, a "poet," "essayist" and “opinion contributor” to USA Today’s AZ Central according to his byline, explains in this ridiculous op-ed published Monday that he first noticed the photo in a downtown Phoenix restaurant during a holiday party, noting that the faces of the coal miners in the picture were covered in black soot. 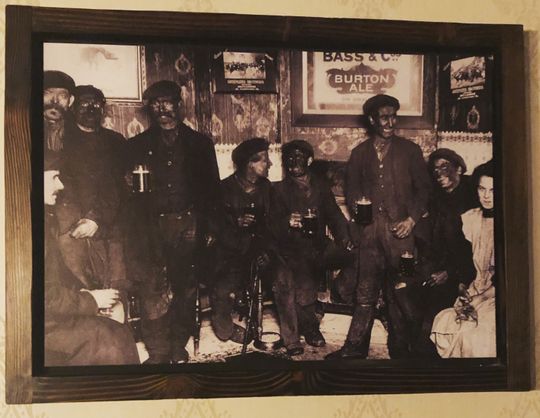 As someone with obviously too much time on his hands might be apt to do, Thomas then likened the photo to “blackface,” saying that white men with black faces – no matter the reason for their temporary "blackness" – is “offensive” to a black man like himself. Here’s an honest-to-God excerpt from Thomas’ piece.

I asked the waitress to speak with a manager. Instead, I spoke with a white restaurant owner. I explained to him why the photograph was offensive. Evidently, someone else had made a similar comment about the photograph before.

Yet, the photograph remained on the wall.

Well, yes. Because it’s a photo of dirty coal miners grabbing a drink after a long day at work.

Where their faces are likely to get dirty from soot.

But according to Thomas, the fact that this restaurant owner didn’t immediately rip the photo off the wall over one man’s ridiculous complaint was evidence that minorities’ complaints of racism are typically swept under the rug en masse by society (or, to the rest of us, evidence of why you should never feed the trolls).

“At the downtown Phoenix restaurant, my concern that the photograph of men in blackface was a threat to me and my face and voice were ignored. A business’ photograph of men with blackened faces culturally says to me, ‘Whites Only.’ It says people like me are not welcome," Thomas complained.

In this lies just one small spark of truth in what's otherwise an intellectual dumpster fire: perhaps Thomas isn’t welcome – but if so, it has nothing to do with his being black. It’s more likely because he’s a supreme idiot who thinks a historical photo of coal miners with dirty faces is somehow a racial threat leveled against minorities and fueled by an indefensibly bigoted restaurant owner.

And that’s not society’s problem. It’s his.