The Guardian Released a Video On How to Impeach a U.S. President 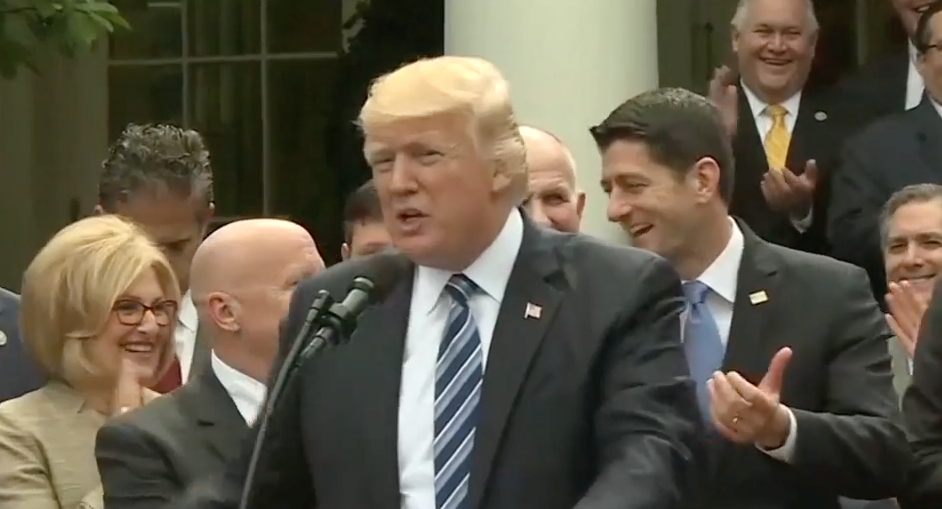 The term “hack journalism” doesn’t just exist in the U.S.

The British newspaper/website The Guardian just released a new video on their YouTube channel titled, “How to impeach a president.”

Of course, the video goes after U.S. President Donald Trump for the mounting allegations against his presidency by the Left.

The video at least went into a brief history of U.S. presidents who faced impeachment and the subsequent proceedings that follow the process. Presidents Andrew Johnson, Richard Nixon and Bill Clinton were mentioned as facing impeachment, but the video even admits that no president has ever been removed from office as a result of being impeached. Only Johnson and Clinton were impeached successfully, but the Senate saved them both. Nixon resigned before he could be impeached.

After reviewing the cases of each president that was mentioned above, the video then takes a turn back to Trump.

The problem with this video is that it takes all of its agenda-driven talking points from protesters that have whined and complained, broken windows and wreaked violence simply because they didn’t get their way through the democratic process -- the same process that they say is being taken away from them.

While public opinion is of course important, unless there are any real, evidence-backed cases for impeachment to bring forth about the president, then please just keep your uninformed opinions to yourself. You’re entitled to them, but we don’t want to hear them unless they’re based in fact rather than conjecture.

Just because former president Obama unsuccessfully meddled in the Brexit vote doesn’t mean that people, like those at the Guardian, can meddle in ours.

The video acknowledged that impeachment proceedings against Trump are “unlikely,” but that didn’t stop them from taking a swipe at Vice President Mike Pence.

“Trump’s departure would see him replaced by an anti-LGBT, anti-abortion, climate-change denying creationist,” the video so emphatically stated.

Even if, somehow, Trump were removed from office, what about what the Guardian listed about Pence (besides being anti-LGBT, which he is not) could be construed as a bad thing? It’s like the Guardian is bashing Pence for believing in things that would naturally fit his own ideology.

For the video in question, watch below: