'Grow Up!,' University's Pres. Tells Students: 'This is Not a Day Care. It’s a University' 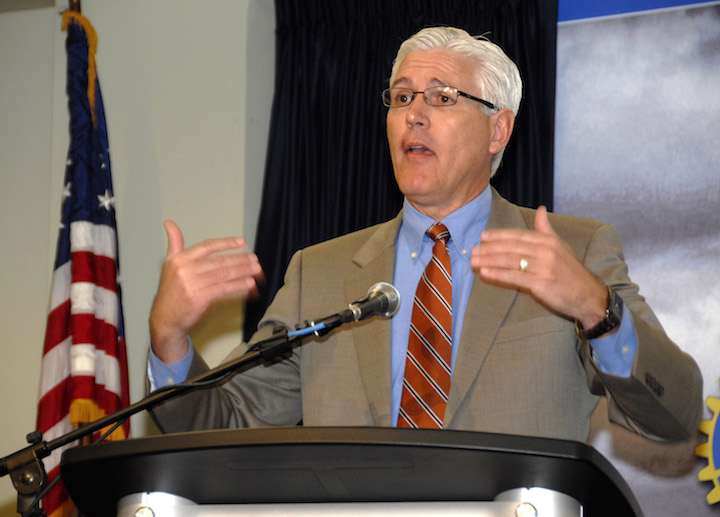 By posting an open letter to the student body, Dr. Everett Piper, President of Oklahoma Wesleyan University (OKWU) took preventative action and taught students that university student uprisings would not be tolerated at OKWU.

Assumed, but not mentioned, in any of the demands was free chocolate milk and cookies during the newly-ordained afternoon nap time, and comic books for anybody who has been a senior for more than three semesters (I had a college roommate who contended that his senior year was the best six years of his life).

But, the president of Oklahoma Wesleyan University, Dr. Piper, isn't having any of this nonsense. In an open letter to students posted to the school's website, Piper showed himself to be different than the presidents of Ivy League schools such as Yale or Princeton who have bowed to the demands of student bullies who learned from participation trophies that no one gets a bad grade because it's mean, that the entire universe revolved around them.

The letter was written in response to a student complaint about a Christian chaplain’s sermon, per Piper:

It appears that this young scholar felt offended because a homily on love made him feel bad for not showing love! In his mind, the speaker was wrong for making him, and his peers, feel uncomfortable.

Dr. Piper used this incident to launch a homily of his own:

"Our culture has actually taught our kids to be this self-absorbed and narcissistic! Any time their feelings are hurt, they are the victims! Anyone who dares challenge them and, thus, makes them  'feel bad' about themselves, is a 'hater,' a 'bigot,' an 'oppressor,' and a 'victimizer.'"

Instead of kowtowing to the student's hurt feelings, Piper suggested to the complainant and those who agreed with him that Oklahoma Wesleyan University was not the right school for them:

If you want the chaplain to tell you you’re a victim rather than tell you that you need virtue, this may not be the university you’re looking for. If you want to complain about a sermon that makes you feel less than loving for not showing love, this might be the wrong place.

If you’re more interested in playing the “hater” card than you are in confessing your own hate; if you want to arrogantly lecture, rather than humbly learn; if you don’t want to feel guilt in your soul when you are guilty of sin; if you want to be enabled rather than confronted, there are many universities across the land (in Missouri and elsewhere) that will give you exactly what you want, but Oklahoma Wesleyan isn’t one of them.

At OKWU, we teach you to be selfless rather than self-centered. We are more interested in you practicing personal forgiveness than political revenge. We want you to model interpersonal reconciliation rather than foment personal conflict. We believe the content of your character is more important than the color of your skin. We don’t believe that you have been victimized every time you feel guilty and we don’t issue “trigger warnings” before altar calls.

Oklahoma Wesleyan is not a “safe place”, but rather, a place to learn: to learn that life isn’t about you, but about others; that the bad feeling you have while listening to a sermon is called guilt; that the way to address it is to repent of everything that’s wrong with you rather than blame others for everything that’s wrong with them. This is a place where you will quickly learn that you need to grow up!

This is not a day care. This is a university!

With this letter, Dr. Everett Piper taught the OKWU students a more valuable lesson than received at most other schools: what real life is like.  He deserves a first-place trophy (if they still make them).