Gov't Is Wiping Out the Lobster Population, But Blaming the Fishermen 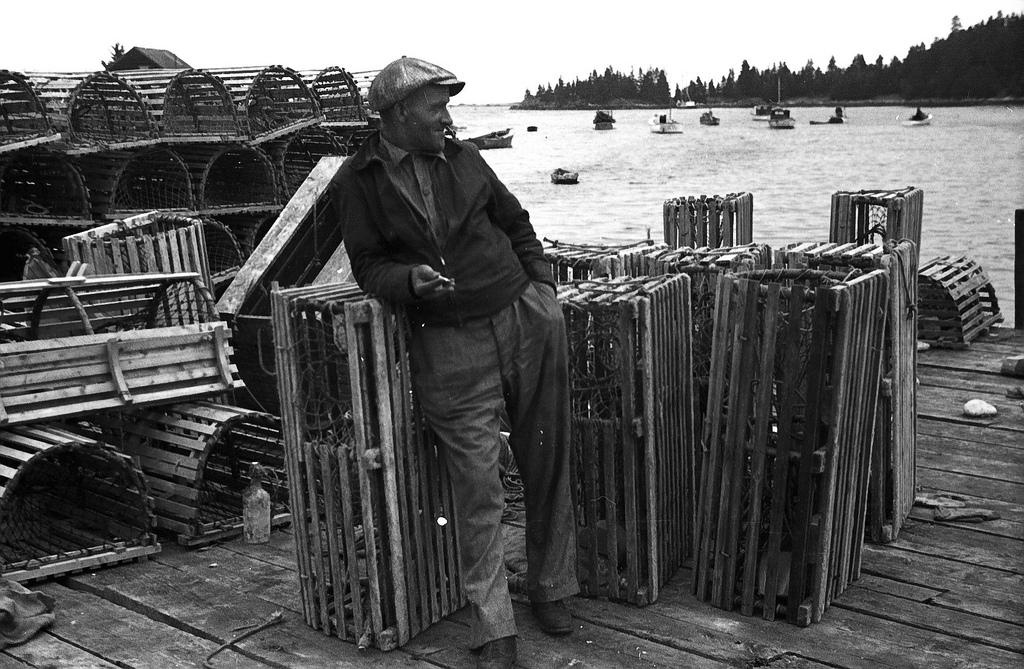 Lobstermen along much of the New England coast breathed sighs of relief the morning of August 9, when they awoke to discover that, contrary to expectations, a regulatory commission decided not to impose new limits on lobster catches from New Hampshire to Connecticut.

Despite this momentary breather, though, the threat of future arbitrary traps looms. But the decrease in lobsters along the New England coast is not the result to over-fishing -- it's all thanks to previous “feel good” government regulations.

The meeting of the Atlantic States Marine Fisheries Commission took place August 8. Not in New England, of course, where the lobstermen and their primary clients live and work, but in -- yeah, you guessed it -- Washington, D.C.. which is a good indicator of what’s seriously wrong with the regulatory schema ruling most of the New England fishermen and lobstermen, and the natural resources on which they depend.

Many prognosticators and spectators had expected the commission to create new rules regarding the number of traps, the harvest size, and the open periods for lobster fisheries.

For many years, reporters have noted the decrease in the lobster catch and the number of lobstermen working along the coast of New England, and blamed the easy culprit of “over-fishing.”

But this excuse is odd to those familiar with lobstering technology, because it has not become so efficient in recent years that a handful of lobster magnates could overfish while many of their competitors withered on the proverbial vine.

In fact, according to fishermen on site, the real problem stems from previous federal and regional multi-state regulations that have decreased the fish catch -- and, as a result, increased the fish population -- around New England. The arbitrary regulations imposed by the feds (they literally force fishermen to pay for federal “fish counters” to stand aboard their boats each day and count the number of and types of fish they catch – a cost that runs thousands of dollars per week) have caused blow-back: the fish eat newborn lobsters, thus decreasing the lobster catch, harming the bottom line of lobstermen, and, of course, increasing the costs for consumers.

As Bart Mansi, a Connecticut fisherman notes, the lobster catch is going into the bellies of fish, not traps:

“(W)e opened up the Sea Bass that we cleaned and one of them had ten little baby lobsters in there.”

Mansi had to go to Washington to explain what they already knew along the New England coast: that the regulations on fish – and not the over-fishing of lobsters -- were harming the lobster population and the industry dependent on it. Mansi had to explain to non-fishermen the effects of their bureaucratic myopathy.

“Unfortunately, other states are going to be making decisions for us,” he said before the meeting.

Luckily, the commission -- which is composed of “representatives” from the Atlantic coast states, but overseen by the feds -- voted against the new caps and regulations. But the problem of the higher fish population remains, and is still threatening the livelihoods of the lobstermen.

But it wasn't always like this. As James Acheson noted in his now legendary 1975 study called “The Lobster Fiefs,” lobstermen in Maine got by just fine without federal "fish counters" and mandates. Forbidden from establishing legal property rights in the waters, the lobstermen created their own, de facto property system of “first claims” over fishing areas, denoted them by buoys, and upheld them by word of mouth and ostracism.

“The lobster industry in Maine is an unusual fishery in that informal norms about territoriality and hence ownership do exist. Territorial arrangements have a substantial economic and ecological impact, with implications for the management of the Maine lobster fishing industry and fisheries management as a whole.”

Have you ever heard the pop media tell folks about the success of non-governmental fishery controls? About the self-regulation of the industry by the people who know it best? I suspect not. It was news to me a few years ago when an economics professor told me about it.

And if an understanding – or even awareness – of this alternative, market-based paradigm is lacking among people who are generally more open to market systems, imagine how few people in the general public, or in the left-wing media, know of this? Instead, they focus on the bureaucratic method, which has led to the decrease in lobster catches for fishermen whose businesses depend on managing the population properly – and to ignorant calls for more federal regulations.

Luckily, the fisherman weren’t trapped this time. But the “regulators” are always there, ready to cast their nets. And, meanwhile, the lobster population is decreasing, thanks to the regulations the government has already imposed.

Pass the word sometime when you're having lobster. People might be surprised.