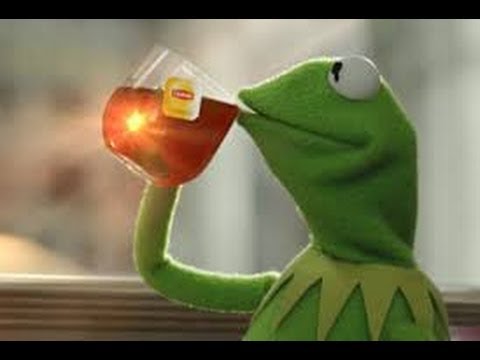 On Tuesday morning, ABC's "Good Morning America" tweeted out this:

Of course, as any sane American knows, the character GMA calls #tealizard is in fact Kermit the Frog, the most famous of the famous Jim Henson characters called the Muppets. In fact, Kermit has made numerous appearances on GMA, and the Muppets and ABC are both owned by the same parent company, Disney.

Naturally, people on the Internet went crazy over this apparently idiotic miscue, reactionarily posting sarcasm and vitriol about the developing situation:

Reportedly, GMA's tweet was not a mistake, but that's not the real issue here. The fact that this is the hot topic of the day says a lot about our current cultural climate. With a presidential election on the horizon and just over a week removed from the deadliest mass shooting in America's history, its citizens actually decided to debate over a picture of Kermit the Frog. Make of that what you will.