What do you get when you combine an unhealthy amount of liberal bias with an overeager attitude?

Someone over at Good Morning America got just a little too pumped about Ketanji Brown Jackson's official swearing-in to the Supreme Court, errantly tweeting that KBJ was "the first black Supreme Court justice" to hold a seat on the bench. 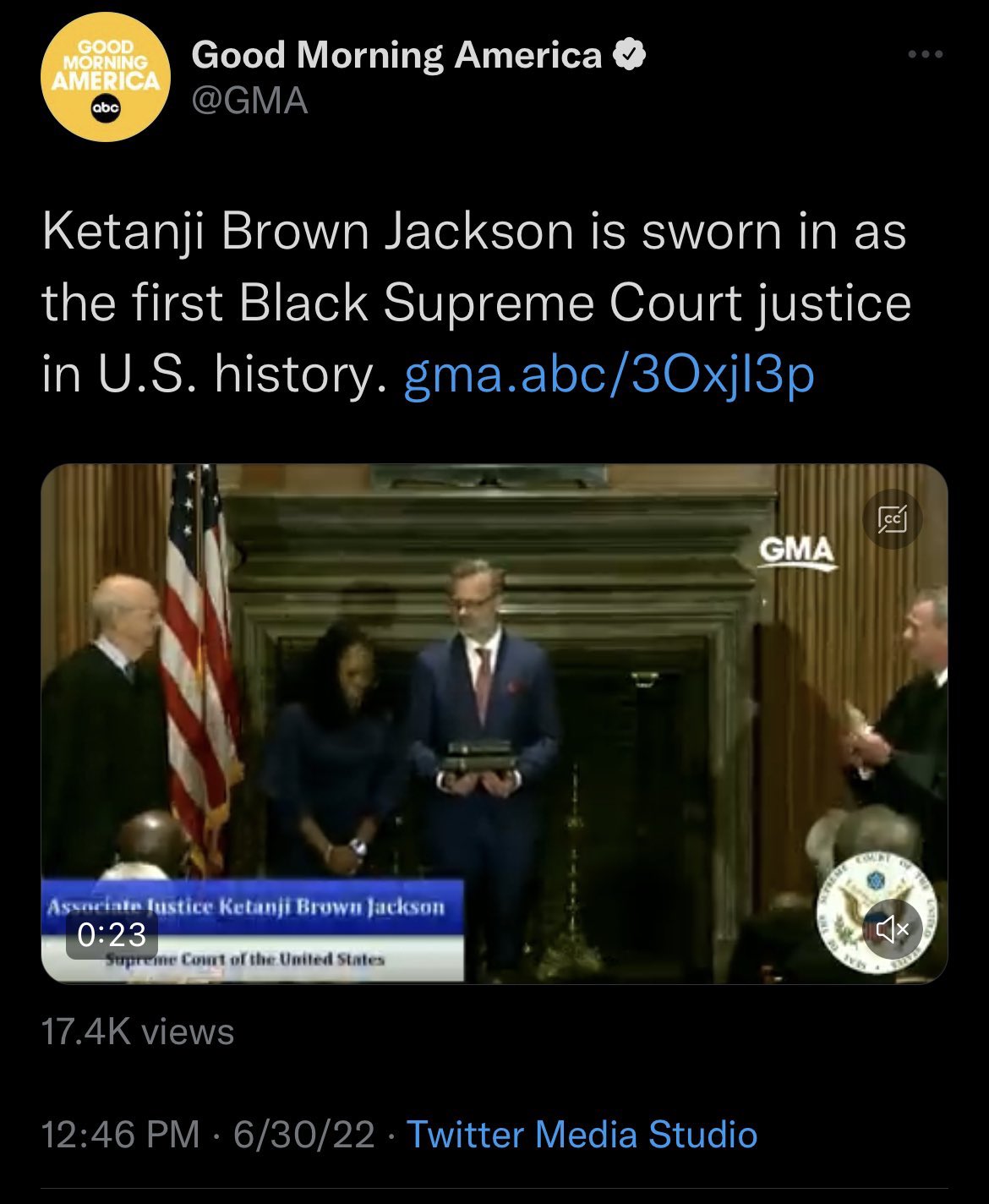 While Jackson is the first black woman appointed to SCOTUS, she's hardly the first black person. Currently sitting on the Supreme Court is Justice Clarence Thomas, a black man and a right-leaning judge who recently helped overturn Roe v. Wade, upheld gun rights, and affirmed that a Christian football coach should, in fact, be able to pray on a field after game without getting canned.

So, naturally, leftists want to forget all about him.

Thomas himself was preceded by Thurgood Marshall, the actual first black person appointed to the Supreme Court, who sat on the bench from 1967 until 1991.

After catching more than a little flak for their historical re-write, GMA deleted and replaced the tweet with a correct one...

...after about five hours.