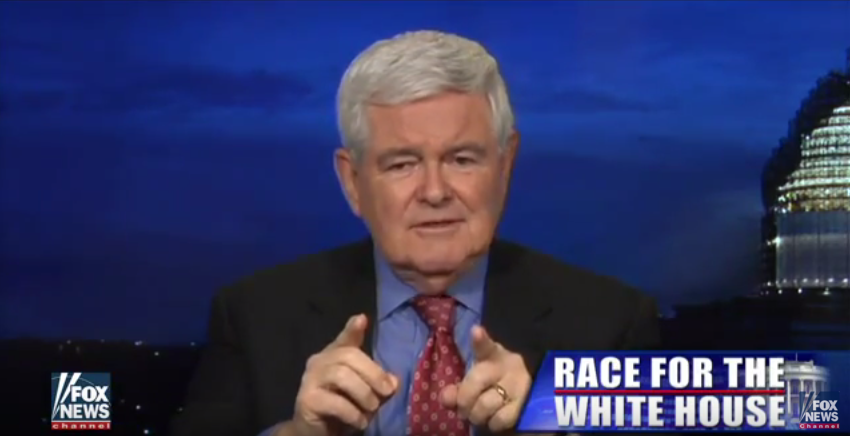 In a recent interview with Fox News’ Sean Hannity, former Speaker of the House Newt Gingrich said that Sen. Ted Cruz and Donald Trump should join forces against the Establishment in the fight for the 2016 Republican presidential nomination.

“Trump and Cruz ought to have a pact that says, in the end, if we have to, we’re going to get in a room, and one of the two of us are going to be the nominee, but we are jointly going to stomp on anybody in the Establishment who tries to cheat,” said Gingrich. “That’s how clear cut that ought to be.”

“I think it would be easier to resolve peace issues in the Middle East between the Palestinians and Israelis,” Hannity joked, referring to the ongoing war of words between the Cruz and Trump campaigns over tweets and tabloid stories involving their wives.

Listen to the rest of what Gingrich had to say below.