Gingrich: Obama's ‘the Most Dangerous President’ in U.S. History, Living in a ‘Fantasy World’ 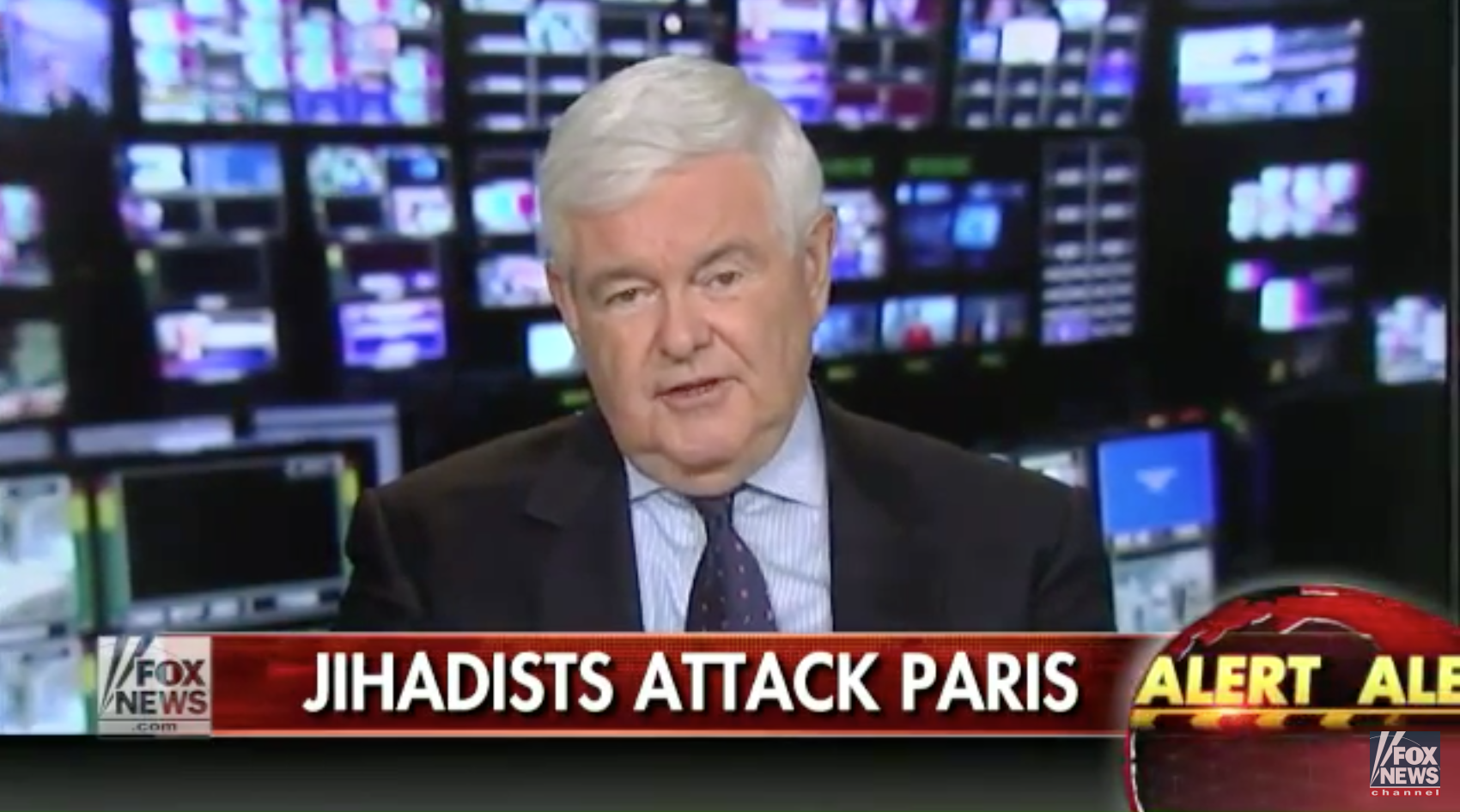 On “Hannity” Monday night, former House speaker Newt Gingrich blasted President Obama and his plan to bring in thousands of Syrian refugees to the United States in the wake of the horrific attacks on Paris this past week.

“The President of the United States may be the most dangerous president in national security terms in American history,” said Gingrich. "He lives in a fantasy world.”

"Hillary Clinton is part of the same fantasy world,” he added. “She was secretary of state for four years.”

“It is a disaster,” Gingrich went on.

"And I think it’s a great test to the American people whether or not you can watch this horrible show in Paris and learn nothing from what just happened.”

For more, watch his interview with Fox News host Sean Hannity below.

most dangerous president in American history