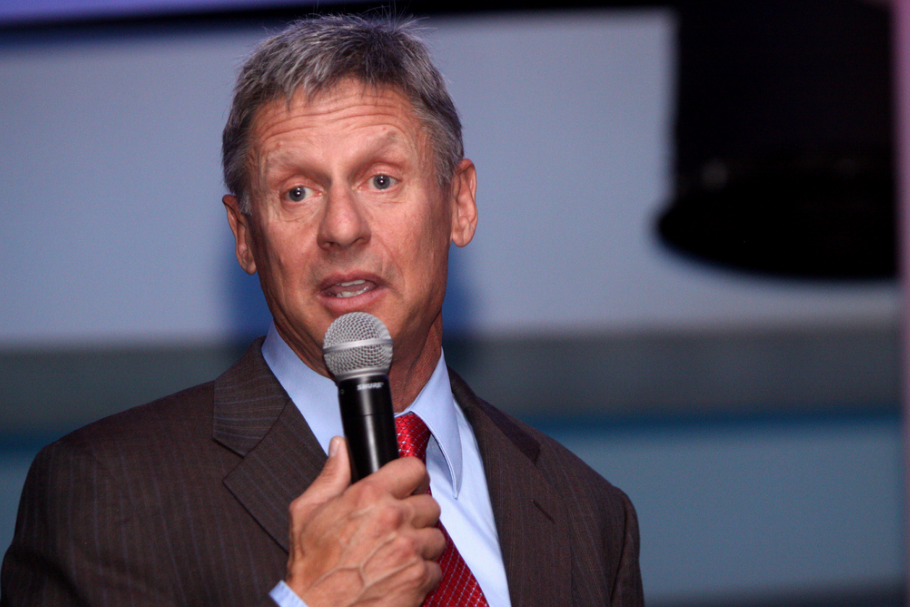 While trying make the case that he’s the “guy” for Sen. Bernie Sanders’ supporters, Johnson was asked about his beliefs on student loans compared to Sanders’ position in favor of “student loan amnesty.”

Instead of citing the prevailing libertarian theory that the government is responsible for the student loan crisis by offering loans with artificially low interest rates, Johnson began his answer by saying he would consider making interest rates on student loans even lower as president:

Well, what he's [Sanders’] right about is that students have been sold a bill of goods, so as president of the United States, at the end of the day, I get to either sign or veto legislation that Congress sends me, I would really take a hard look at how students might, I don't know, receive some sort of benefit or reduced interest rate. I mean, if we can--if the Federal Reserve can bail out all the big banks, it seems to me that we might arrange lower interest rates for these loans to get paid back.

Johnson has been trying to appeal to Sanders supporters since winning the nomination. He said he has “73 percent” of his ideology in common with Sanders.

Johnson, however, has always maintained he disagrees with Sanders when it comes to economics.