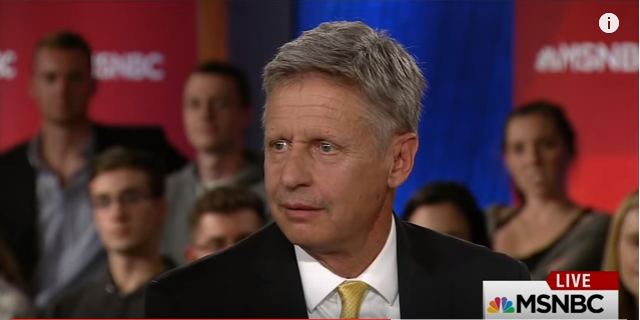 At an MSNBC town hall on Wednesday, Chris Matthews asked Libertarian presidential candidate Gary Johnson his favorite world leader. Johnson sighed as his running mate, Bill Weld, chimed in to rescue him by saying, “Mine was Shimon Peres,” referring to the former Israeli president who recently passed away.

“No, I’m talking about living, go ahead,” Matthews said as he steered the question back to Johnson.

“You got to do this, anywhere, any continent. Canada, Mexico, Europe, over there... Asia, South America, Africa… Name a foreign leader that you respect.”

“I guess I’m having an Aleppo moment…” Johnson surrendered.

Witness the cringe-worthy moment below: