Since October, the biggest problems facing the U.S. have changed in American’s minds, according to a recent Gallup poll.

On a list of the ‘top problems’ facing the U.S. - immigration took the cake with 21% of Americans expressing this was what concerned them the most. 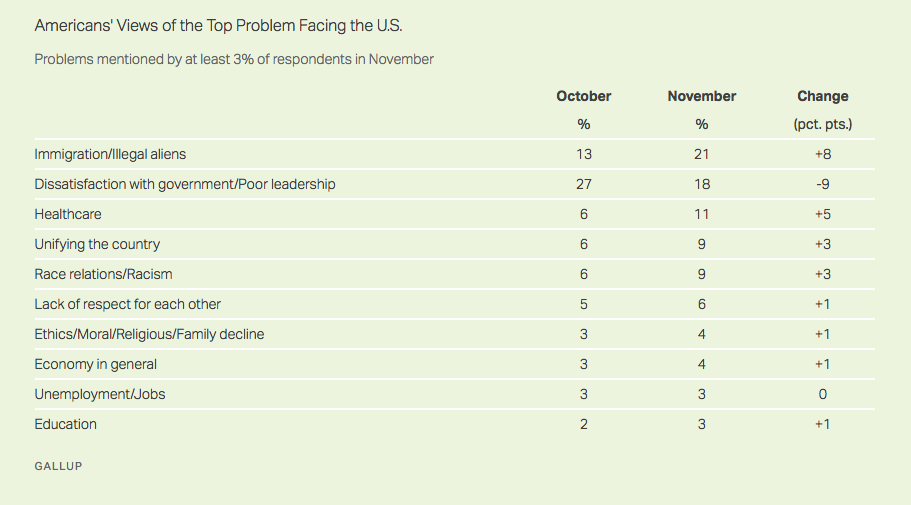 “Americans are more likely to name immigration as the top problem facing the U.S. in November than they were in October -- it surged to 21% from 13%. Mentions of healthcare as the most pressing issue also increased, from 6% last month to the current 11%. Meanwhile, the proportion who name government and poor leadership decreased by nine percentage points to its current 18%, but this remains among the top problems.”

The poll was taken during the first 11 days of November and the immigration issue reached the top of the list after the migrant caravan assembled last month with plans to cross the U.S. border.