When it comes to political ideology, it looks like Americans are leaning to the right before they’re considering giving an inch to the left, according to a recent Gallup Poll.

In 2018, 19 states held a “conservative advantage” with conservative Americans outnumbering their liberal counterparts by at least 20 percentage points. 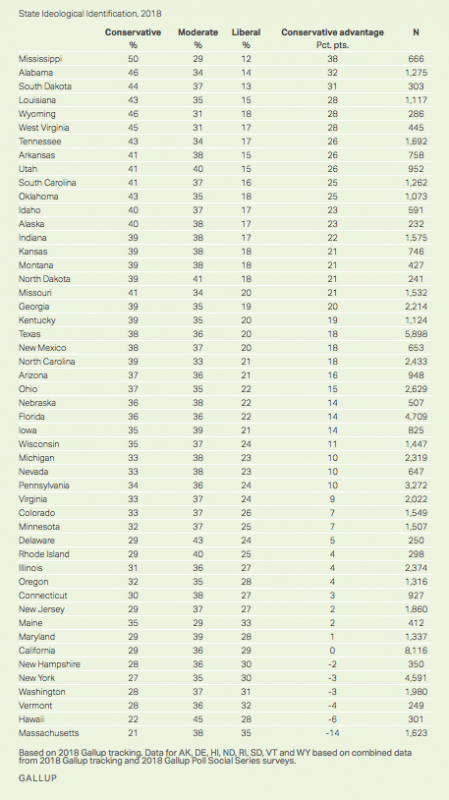 As Gallup reports, conservatives nationally hold a 9 percentage point advantage over liberals which “reflects a narrowing of the conservative-liberal gap from 21 points in 2004.”

According to Gallup’s report:

“These findings are based on aggregated data from Gallup's 2018 tracking poll in which respondents were asked to indicate whether they describe their political views as liberal, moderate or conservative.” 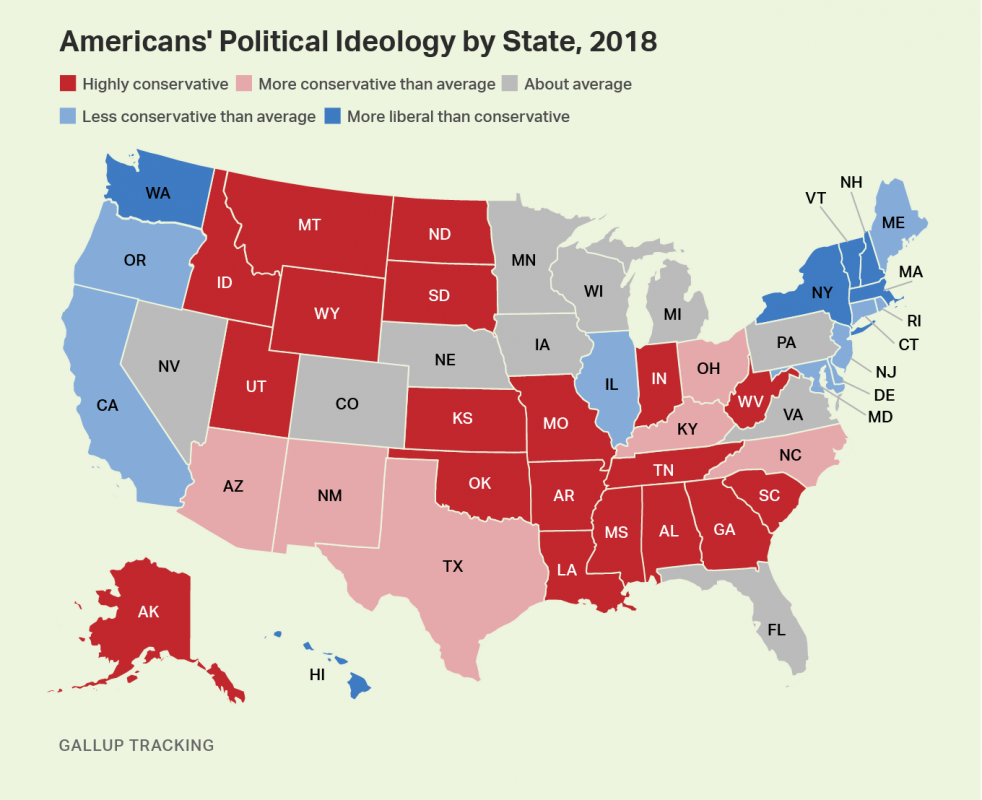