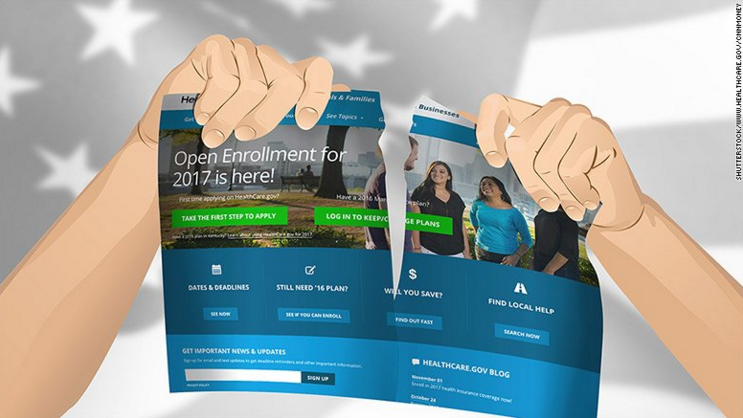 According to a Gallup poll released on Monday, most Americans (53 percent) disapprove of the Affordable Care Act (ACA), commonly referred to as Obamacare. 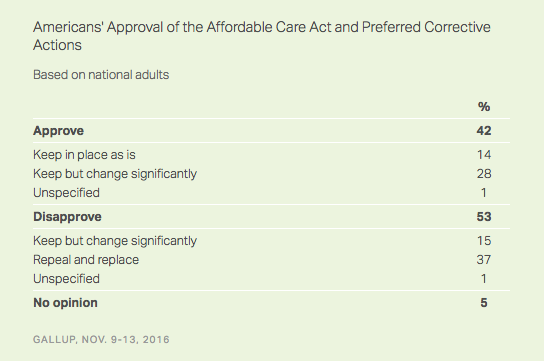 Only 14 percent of Americans want the law kept in place “as is.”

During his primary and presidential campaigns, Donald Trump pledged to replace and repeal Obamacare.

Following the election, the president-elect moderated his campaign promise, saying that he would keep the ACA provisions that protect people with pre-existing conditions and that allow young people to stay on their parents' insurance plans until age 26.

Given the exceptions, repealing the law in its entirety as promised may prove to be a challenge for Trump. Nonetheless, most Americans are clearly unhappy with Obamacare and are calling for change.