Gallup has announced readings across several personal economic measures since the beginning of this year showing that the public has felt the effect of last week's news: The first quarter of 2019 was the strongest first quarter for the U.S. economy since 2015.

Under the Trump administration, Americans' optimism about their personal finances has reached levels not seen in more than 16 years, as 69% expected they would be financially better off in a year.

According to Gallup, there are additional indications that the public's confidence in their own financial stability is strong. 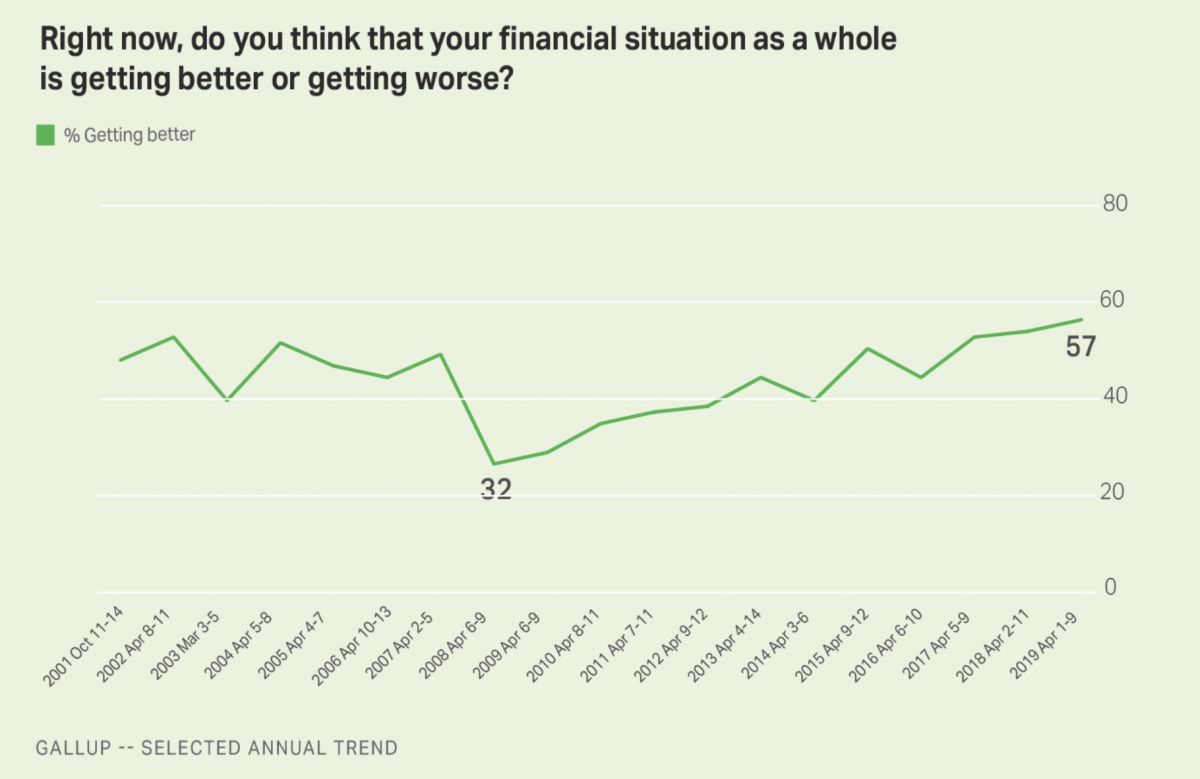 57% of Americans who now say their overall financial situation is getting better has risen 10 points since 2016.

66% percent of Americans say they have enough to live comfortably with 33% saying they do not.

The results are part of Gallup's April 1-9 Economy and Personal Finance poll.