Gallup: Clinton Most Admired Woman in U.S. for Record 20 Years 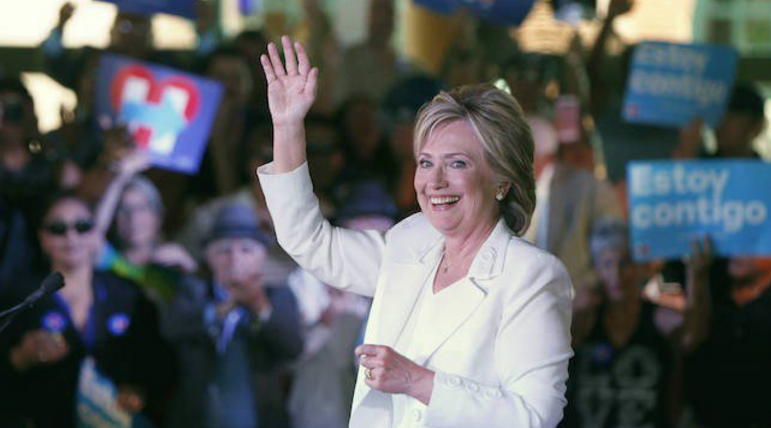 Clinton has received the title 14 times in the past 14 years, 20 times overall, the most times an individual woman has been named most admired since Gallup began polling the open-ended question in 1948. 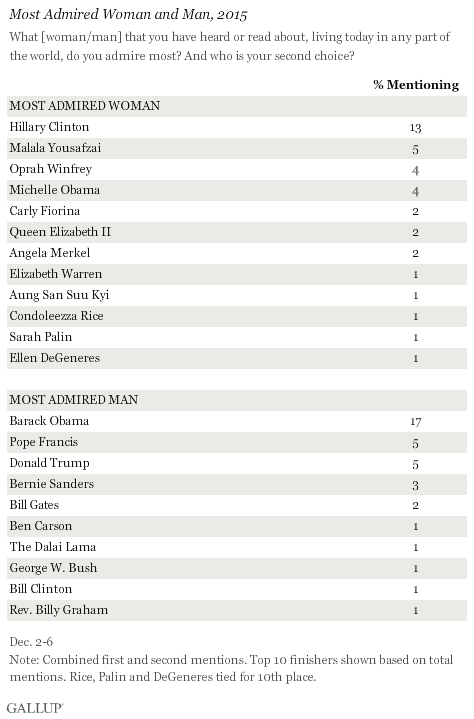 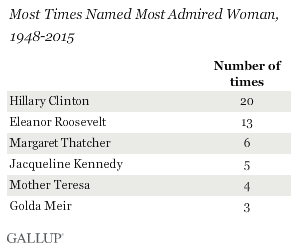 For the men, President Obama won “Most Admired Man, 2015,” followed by Pope Francis and GOP presidential front-runner Donald Trump, who tied for second.

Gallup did not provide insight as to why their poll-takers chose Clinton or Obama over other prominent figures in their respective categories, aside from the observation that "Americans usually name the sitting U.S. president as the most admired man."

The researchers did note, however, that although Clinton and Obama led this year’s poll by significant margins, the percentage mentioning each as most admired was slightly lower than percentages received in the past.