Gallup: Americans Say Media Are Key to Democracy But Not Living Up to Their Role 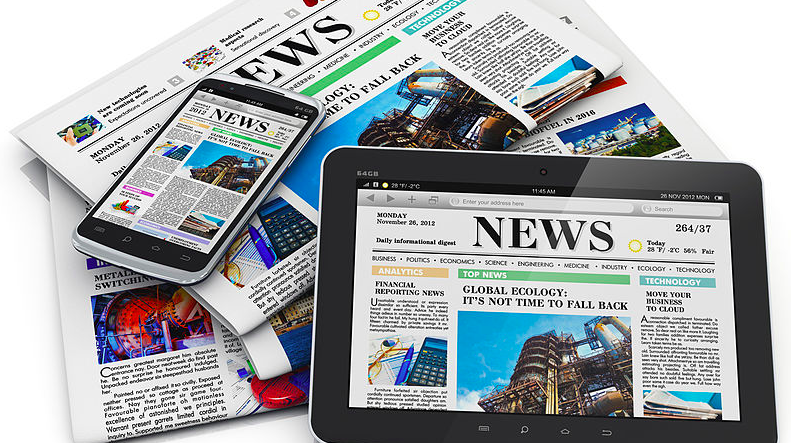 Americans view the news media as a key part of ensuring the nation’s democracy, particularly its responsibility as the fourth pillar of society to keep the public informed, but they feel the media are not living up to their role, a new Knight-Gallup poll reveals.

“At the same time, Americans are nearly twice as likely to say the media support our democracy ‘very poorly’ or ‘poorly’(43%) as to say they support it ‘very well’ or ‘well’ (28%),” writes Gallup.

Just 27 percent of Americans say the media do an “acceptable” job at supporting U.S. democracy.

The Knight Foundation/Gallup survey on trust, media and democracy also found that less than half of Americans (44%) can name an objective news source and that a majority of Americans (73%) agree that fake news is a major problem with news coverage today.

Along partisan lines, Republicans are more likely to be critical of the news media than Democrats. 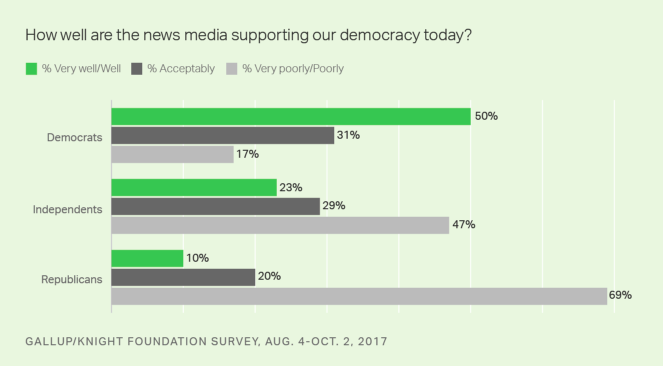 Trump revealed the winners Wednesday night on Twitter. Not surprisingly a New York Times article on the economy topped his list of the top 10 fake news stories of 2017, MRCTV reported.