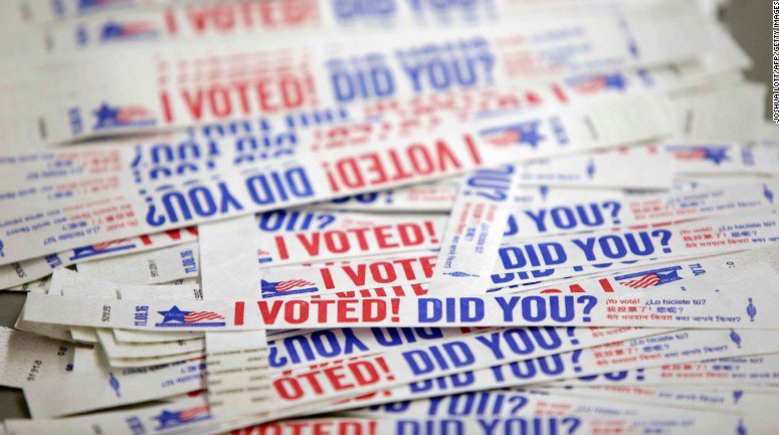 A recent Gallup poll shows that Americans’ confidence in the “honesty of elections” has reached a record low of 30 percent, down 10 percentage points from 2015.

A staggering 69 percent of U.S. adults polled say they do not trust elections in general. 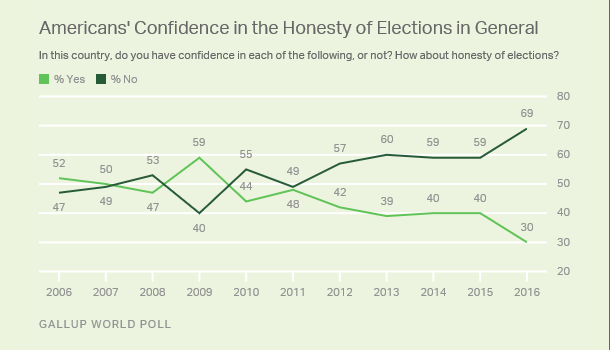 “The decline between 2015 and 2016 may reflect Americans' overall dissatisfaction with the primaries and the nominees who emerged from them rather than the voting process itself,” Gallup writes.

“According to a recent Pew study, only 35% of voters said that they thought the primaries were a good way of determining the best-qualified nominees for president. And, according to recent Gallup polls, Trump and Hillary Clinton are two of the least liked candidates in the history of Gallup's tracking, and both get low ratings as being honest and trustworthy.”

While most Americans distrust elections, confidence in the voting process is high.

Despite Donald Trump’s claims that the voting process is “rigged,” two in three Americans (66 percent) say they are “very” or “somewhat confident” that votes will be cast and counted accurately across the country. 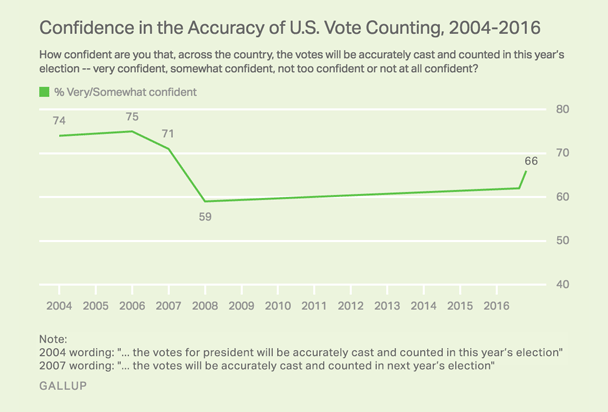 Democrats are more confident in the accuracy of U.S. vote counting than Republicans.

The percentage of Democrats that reported being “very confident” rose 17 percentage points between 2015 and 2016. 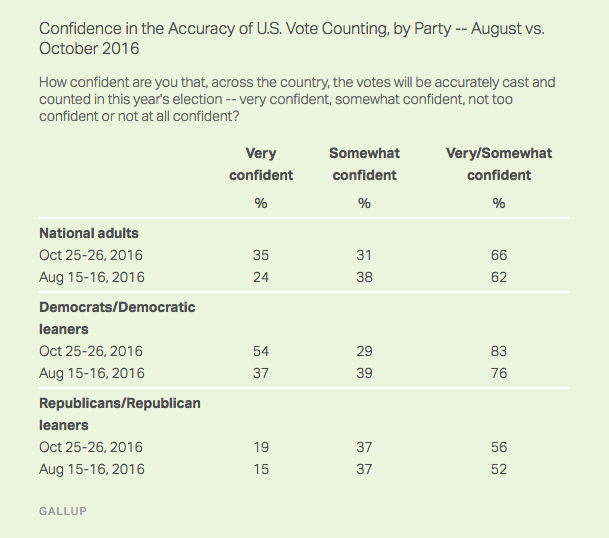