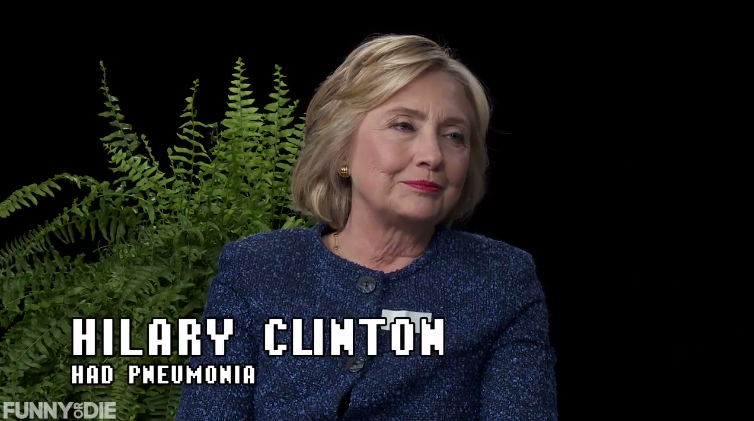 This has to be one interview Hillary Clinton seriously regrets.

The Democratic presidential nominee on Thursday joined “Hangover” actor and comedian Zach Galifianakis on the Funny or Die series “Between Two Ferns.”

On her stint as President Obama’s secretary of state, he asked questions such as:

“As secretary, how many words per minute can you type? And how does President Obama like his coffee? Like himself, weak?” 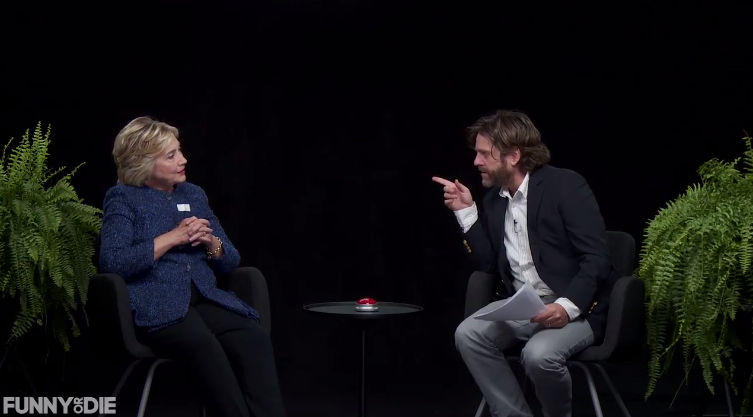 He also got in some digs at her Republican rival Donald Trump:

“When you see how well it works for Donald Trump, do you ever think to yourself, ‘Oh, maybe I should be more racist’?”

That one made her smile.

Making matters worse, he even played a Trump campaign ad.

“He paid me in steaks,” Galifianakis explained.

The comedian made sure to ask whether Clinton would "move to Canada" if Trump is elected president.

She said "no" when asked if she would be up to leading “a civil war,” however.

Galifianakis ended the interview by asking Clinton how best to keep in touch:

“What’s the best way to reach you? Email?”

Check out the rest of the incredibly awkward but funny interview below.

Between Two Ferns With Zach Galifianakis: Hillary Clinton from Funny Or Die