Ossoff Claimed To Want 'Money Out of Politics.' Here's What He Spent. 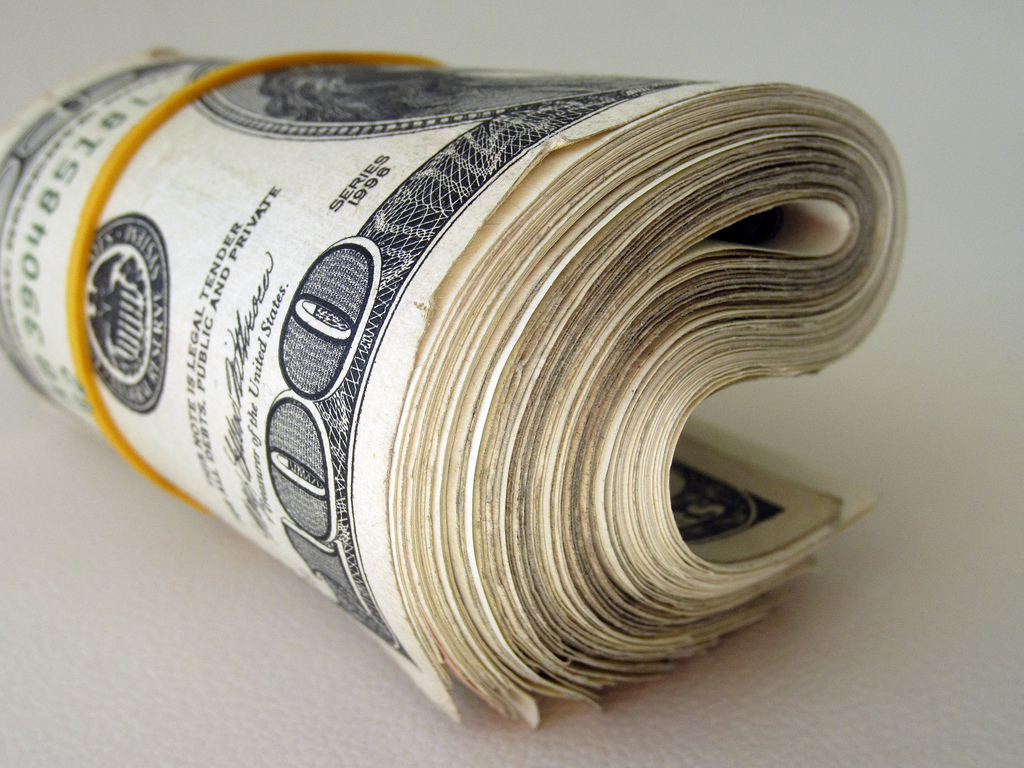 One of the most shocking observations to be made about the Georgia 6th District congressional race between victor Karen Handel (R) and vanquished Jon Ossoff (D) is not that Handel came out the winner in what the dinosaur media repeatedly told us was “the most expensive congressional campaign in US history."

Rather, it is the fact that so many reporters and editors saw fit to erroneously depict that spending as somehow evenly distributed -- or, in some cases, mostly spent by Republicans -- when the truth was just the opposite.

In fact, in this congressional race that saw nearly a combined $50 million spent, Mr. Ossoff, a noble Rousseauian who spouted loud and often about getting “money out of politics,” outspent his GOP opponent by a ratio of 7:1.

That’s 700 percent more cash spent by “the man of the people,” much of it coming from “people” not even located in Georgia's 6th Congressional District (a district in which he did not live, either).

Yet, to take the pop media headlines, the race was a behemoth of spending on both sides and out-of-state interests were pushing Handel.

Prior to the election, NBC published a piece in which the authors and editors offered the mistaken information that Handel was the one getting the most out-of-state cash.

This despite the fact that, prior to the NBC article being published, the New York Times, basing its information on a study by the Center for Responsive Politics, had already noted the sources of the two campaigns’ funds. And Ossoff’s out-of-state funding dominance is hard for any reading-capable person to miss. To quote the NYT:

Most of the itemized contributions to Mr. Ossoff were from large Democratic states like California and New York. Just 14 percent came from Georgia, compared with 56 percent of Ms. Handel’s contributions.

Yet NBC published this:

Since the start of Georgia's special election early this year, out-of-state groups — super PACS, nonprofits and party committees — have together spent about $26.2 million to sway voters in the district, which has a special election runoff Tuesday, with the vast majority favoring the Republican candidate.

After the election, the dinosaurs still scratched their chins with their little arms, and found ways to dance around or flat-out avoid mentioning Mr. Ossoff’s funding superiority.

This NBC piece, by Alex Seitz-Wald, never mentions the disparity in overall funding. Instead, as one could anticipate, Seitz-Wald uses ham-handed paraphrasing and selective quotes to depict Ossoff like a “David” fighting for the people against Handel’s Trumpian, big-GOP-money Goliath:

Handel and tens of millions of dollars in ads from GOP super PACs called Ossoff an inexperienced liberal who had more in common with California than Georgia. Ossoff, meanwhile, promised supporters a chance to “make Trump furious” and “send a message that will be heard across the country and around the world.”

After implying big-money involvement on the side of Handel, the author goes on to bundle the two together in the “$50 million spent” line, never bothering to break the spending down the way that at least the usually left-leaning NYT did. Writes Seitz-Wald:

With more than $50 million in spending, the race easily shattered the record for the most expensive House race — by more than $20 million — as money flowed in from around the country. Final spending numbers are likely to be even higher once the full data is released.

Perhaps that last sentence is the author’s escape clause. If accused of bad reporting, Seitz-Wald can claim that “full data” was not released at the time of publication.

For its part, after repeatedly touting on World News Tonight that the race was “the most expensive in the nation,” ABC News online did take a moment to acknowledge Ossoff’s massive spending dominance:

“Fundraising for the Republican paled in comparison to the Democrat's total…”

But the way in which that line depicts the campaigns is really a soft, almost complimentary, toss to Ossoff, as if he was so noble that he was able to “raise” more donations like some charitable organization, rather than a politician who repeatedly espoused getting “money” out of politics even as he dominated the spending for his race.

Following his loss, and despite being the clear heavy spender in the race, Ossoff continues to spout his lines about getting money out of politics, saying, in part:

But there’s no question that money in politics is a major problem, which is one of the reasons that we need campaign finance reform so that candidates and campaigns will spend more time talking to voters and discussing the issues and less time raising money.

Classic. What more can one say except to quote a great line about a politician, written by Richard Butler: “He calls you This and calls you That. You lose your memory.”

Some of us remember, Jon.