Fresno Man Saves Kids - and His BBQ Ribs - from Fire

If your home were on fire, what would you think to do first?

Fresno, Calif. local Robert Wright was faced with the exact same question when an apartment adjacent to his went up in flames.

“It all went down, man. I stay next door from the thing that happened,” Wright began.

“I was barbecuing, man... Only thing I think first, man: Make sure them ribs is right,” he said. 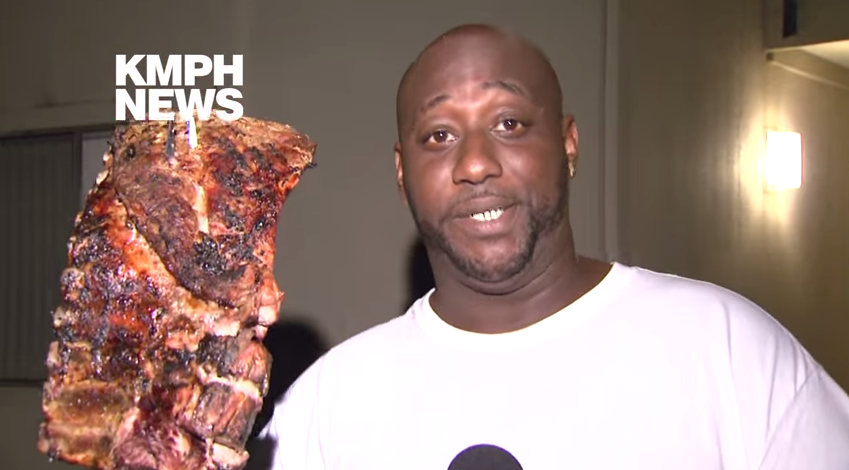 Sure, that makes sense.

Wright went on, “[I] ran in and got my family, man. Got everybody out safely, man.”

"First thing I got my kids - then I thought about my ribs - I'm not gonna' let my ribs burn and stuff because I take pride in what I do."

Thank goodness. He managed to carry out his wife and kids. But, man, priorities…

When asked if he sustained any injuries from the fire, Wright replied,

Let’s assume he was referring to smoke from the barbecue grill.

Note: This all took place at 3 a.m. in the morning.

Need to see his interview to believe it? Check out the video below.