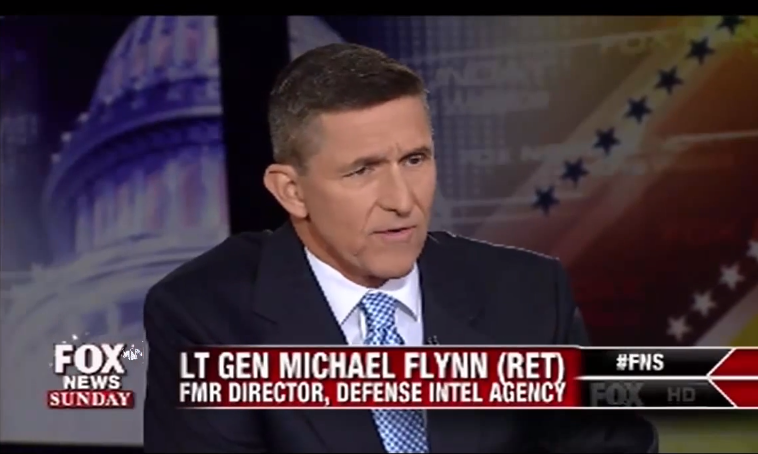 Retired Lt. Gen. Michael Flynn called Obama’s entire Middle East Policy that of “willful ignorance,” on Fox News Sunday. Flynn, who was also head of the Defense Intelligence Agency, said Iran is “clearly on the march” and that he is concerned about the pending nuclear talks.

"Right now, we have almost a complete breakdown of order in the Middle East," Flynn told Fox News Sunday's Chris Wallace. "A new Middle East is essentially struggling to be born."

There are inconsistencies and confusion abounding in the Middle East resulting from “policy confusion.” An example is the United States fighting Iranian backed rebels in Yemen, yet are on the same side as Iranian backed militias in Iraq.

Here is a chart that displays the complicated relationship, courtesy of Fox News Sunday. 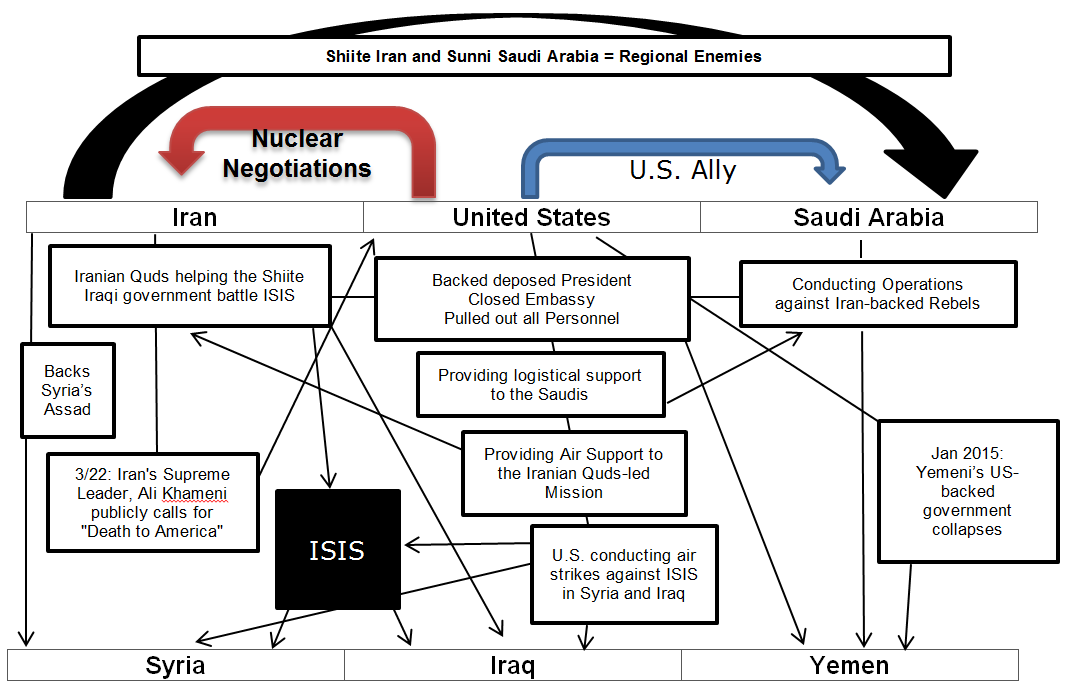 In places like Syria, Lebanon, Yemen, Iraq, and other parts of the Middle East there is a “takeover of Islam by radical extremists.” The United States is working with "almost a policy of willful ignorance," referring to the Iran nuclear deal and the overall picture of the Middle East.

Flynn said we cannot forget it is both Shia and Sunni, but recently there has been a push-back from Sunni governments who are losing respect and trust with the United States

"At the end of the day, we have just this incredible policy confusion — never mind what our strategy is to execute that policy," Flynn said. "We have to stop what we’re doing and take a hard look at everything going on the Middle East because it’s not going in the right direction."

Flynn also said that our policy will not be carried out simply because we say something. We must acknowledge Iran and other radical extremists "do not like our way of life... they have stated that they want to see the destruction of our way of life.”