It was just a few years ago that Sen. Chuck Schumer was pretty sure that presidents could have an impact on gas prices.

“Final price of gas under Obama $2.36. Current price for gas under Trump $2.92. Mr. President, you can't blame this on President Obama as you try to blame everything on him. It's time for you to act,” Schumer said at a Democratic presser in Washington, D.C. in May of 2018.

Schumer called for Trump to take action, since the cost of gas was hurting Americans.

"I hope for the sake of the country, for the sake of average Americans. The president heeds our calls, takes responsibility for the damage he's done to the middle class and takes immediate action to remedy this," Schumer said.

By December of 2018 USA Today was reporting:

In 2019, the Trump administration was lauding the impact that the Tax Cuts and Jobs Act had, noting that, “Altogether, real disposable personal income per household has risen by about $6,000 since TCJA was signed into law.”

Surely, Schumer will now call on Biden to reverse his energy policy decisions that led to a spike in gas prices long before the war in the Ukraine. Demanding a reversal on the executive order that killed the Keystone XL pipeline and other initiatives that once made America energy independent.

I won't hold my breath waiting. 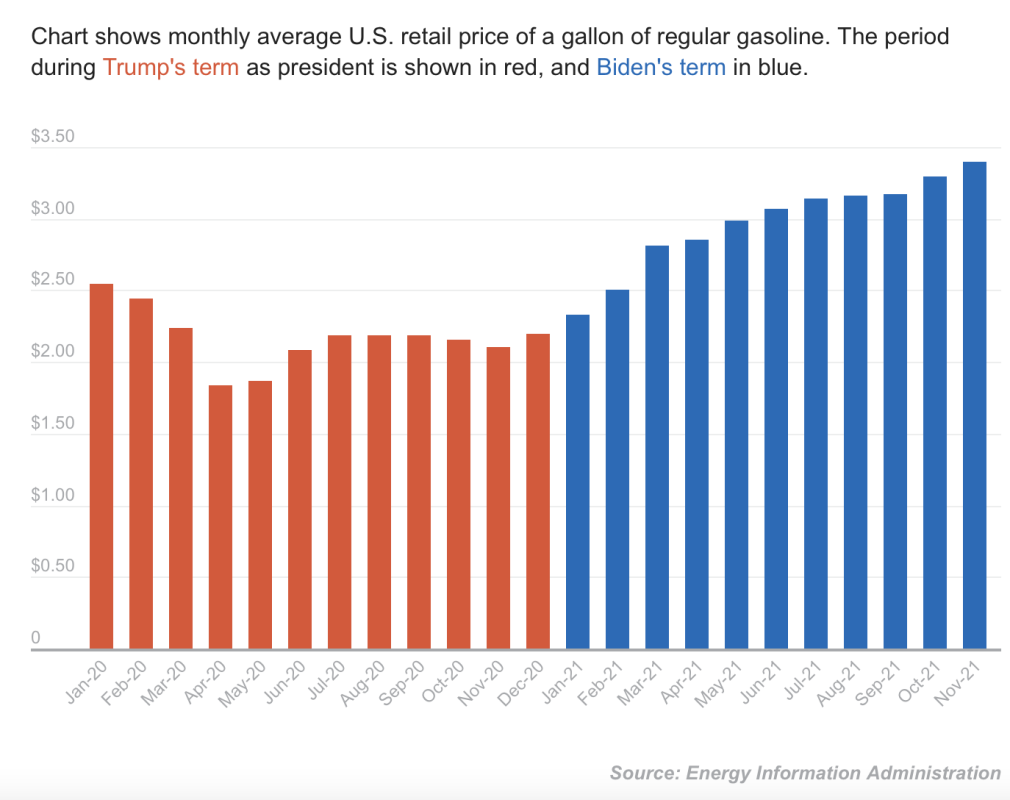