Flashback-Hillary: Sanctuary Cities Protect 'Safety and Security of All Citizens' 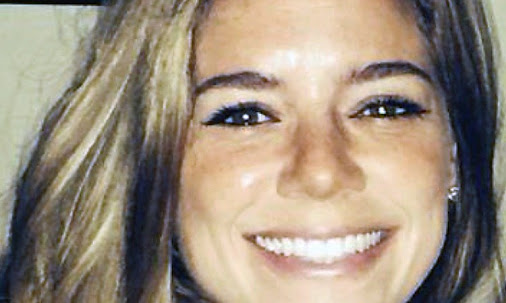 Sanctuary cities are being debated in wake of the murder of Kathryn Steinle in San Francisco last week by illegal immigrant Francisco Sanchez who chose the northern California city as his refuge because it was a sanctuary city - a city that doesn't arrest or turn over to the federal authorities any aliens who come into the country illegally.

During the 2008 primary race, Hillary Clinton adamantly supported the concept of sanctuary cities because she felt they guaranteed, the “personal safety and security of all the citizens.” Based on the horrible crime which happened in San Francisco last week, have Ms. Clinton's views changed?

Mr. Sanchez admitted to a local TV station that he murdered Ms. Steinle, was in the country illegally, and was in San Francisco because it was a sanctuary city. Fox News reports that Sanchez had been deported five times and has a criminal record that includes seven prior felony convictions.

Apparently, U.S. Immigrations and Customs Enforcement (ICE) had Sanchez in their custody, but turned him over to San Francisco to finish serving time for a drug charge. The city was supposed to turn him back to ICE afterwards, but didn't:

Freya Horne, an attorney for the San Francisco Sheriff's Department, told the Associated Press on Friday they had no authority to hold him.

Horne said federal detention orders are not a "legal basis" to hold someone, so Sanchez was released April 15. Horne said the city does not turn over people who are in the country illegally unless there's an active warrant for their arrest.

During a September 2007 Democratic Party debate, Tim Russert asked Ms. Clinton if elected would she allow the sanctuary cities to exist.  Her reply was "Yes" - because they made citizens safer and more secure:

“If local law enforcement begins to act like immigration officers what that means is that you will have people not reporting crimes. You will have people hiding from the police. And I think that is a real direct threat to the personal safety and security of all the citizens. So this is a result of the failure of the federal government and that’s where it needs to be fixed.”

Eight months later during a contentious interview on Bill O'Reilly's FNC show, The Factor, Ms. Clinton and the host battled over sanctuary cities.

O’Reilly: Are you going to crack down on the sanctuary cities?

Clinton: I'm not, I'm not because the reason why a lot of those folks do it — in New York, why do police officers turn a blind eye?

O’Reilly: Because they want them to report crimes.

Clinton: They want them to report crimes. Because...

Clinton: …the — well, sometimes you have two competing values. You want to report crime, you want to protect people and the violence spills way beyond whatever community...

As you can see on the video below, which includes both the debate clip and the discussion with O'Reilly, Ms. Clinton went on to contend that even in a sanctuary city, if someone had committed a crime they would be turned over to the federal government to be deported.  But, as we learned from the murder of Kathryn Steinle, when criminals are deported, they come right back.  And when thy finish a criminal sentence in a sanctuary, they are released into the public rather than turned over for deportation.

This raises a question I doubt the mainstream media will ask candidate Clinton this time around: In light of the murder of Kathryn Steinle, which would not have happened if San Francisco was not a sanctuary city, is Ms. Clinton still as vehement a supporter of sanctuary cities as she was in 2008?