FLASHBACK-Hillary: 'I Admire Margaret Sanger...Her VISION' ('A RACE of THOROUGHBREDS') 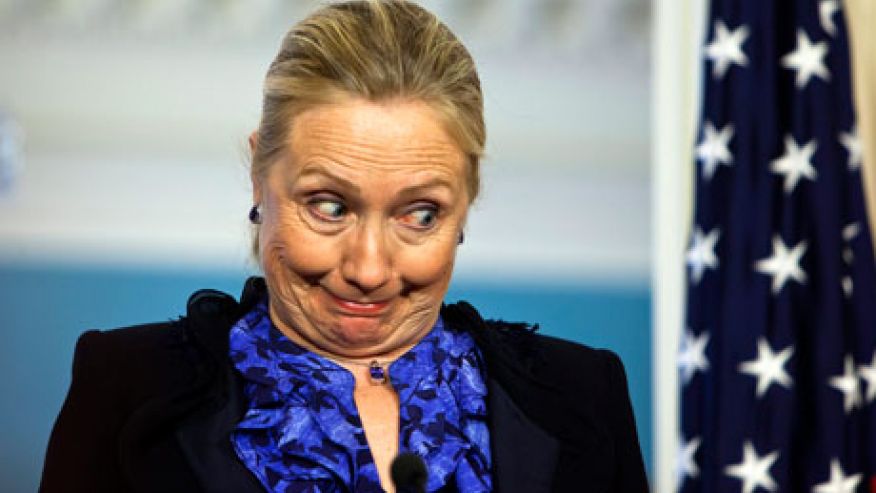 Much is said about Planned Parenthood each time the Center for Medical Progress releases another video about their horrific practice of selling human baby parts. People forget, however, that the group's founder Margaret Sanger created Planned Parenthood to help with another horrific practice eugenics, a sick belief that the human "gene pool" would be improved through selective breeding and sterilization. In Sanger's case improving the gene pool meant keeping African-Americans, morons, those with family background with a history of illnesses and other undesirables from reproducing. She also advocated strict immigration rules to keep the "undesirables' out of the country.

Also forgotten is that candidate for the Democratic Party presidential nomination Hillary Clinton, is "in awe" of Sanger.

Sanger believed that some large families should kill their babies after they are born. In chapter 5 of her 1922 book  "Woman and the New Race" she wrote:

Many, perhaps, will think it idle to go farther in demonstrating the immorality of large families, but since there is still an abundance of proof at hand, it may be offered for the sake of those who find difficulty in adjusting old-fashioned ideas to the facts. The most merciful thing that the large family does to one of its infant members is to kill it.

In a letter to Clarence Gamble in 1939, Sanger wrote about getting Black preachers to help with her efforts:

"We do not want word to go out that we want to exterminate the Negro population, and the minister is the man who can straighten out that idea if it ever occurs to any of their more rebellious members”

David Kennedy write in his book, "The Career of Margaret Sanger," that in a 1923 speech, Sanger said she believed that, for the purpose of racial "purification," couples should be rewarded who chose sterilization.

In 1923, the founder of Planned Parenthood wanted to create a perfect human race, "“We want a world freer, happier, cleaner — we want a race of thoroughbreds.” In 2009 then Secretary of State Hillary Clinton praised Sanger's "vision."

During a March 27, 2009 speech accepting the Margaret Sanger Award from Planned Parenthood, Clinton talked about being in awe of the racist eugenicist:

Now, I have to tell you that it was a great privilege when I was told that I would receive this award. I admire Margaret Sanger enormously, her courage, her tenacity, her vision. Another of my great friends, Ellen Chesler, is here, who wrote a magnificent biography of Margaret Sanger called Woman of Valor. And when I think about what she did all those years ago in Brooklyn, taking on archetypes, taking on attitudes and accusations flowing from all directions, I am really in awe of her.

And there are a lot of lessons that we can learn from her life and from the cause she launched and fought for and sacrificed so bravely. One in particular, though, has always stood out for me almost a hundred years later. It’s the lesson that women’s empowerment is always, always about more than bettering the lives of individual women. It is part of a movement. It’s about economic and political progress for all women and girls. It’s about making sure that every woman and girl everywhere has the opportunities that she deserves to fulfill her potential, a potential as a mother, as a worker, as a human being.

The Planned Parenthood from which Ms. Clinton accepted the award from is very true to Margaret Sanger's vision of eliminating blacks from the gene pool. In 2011, 37.0% of all abortions were performed on African-American woman. That same year the Census Department reported that African-Americans represented only 12.8% of the U.S. population, meaning that Black babies are killed via abortion at 2.9 times the rate they should  based on their percentage of the population. The vision of Margaret Sanger is being realized.

The video below displays part of Hillary Clinton's 2009 acceptance speech.

Now, that Clinton says she finds Planned Parenthood's behavior "disturbing," will she give her award back?