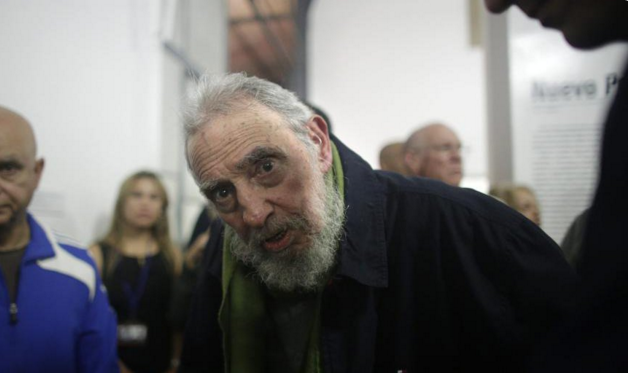 In an opinion piece titled “Brother Obama” in El Granma, the official state newspaper of the Cuban Communist Party, Castro pushed back against Obama’s efforts to normalize relations between Cuba and the U.S.

“Obama delivered a speech which he used to express the most honeyed words: ‘It's high time to forget the past, leave the past, look to the future, together, a future of hope…’ It's assumed that each of us were at risk of a heart attack upon hearing these words from the President of the United States,” wrote Castro, citing the decades-long U.S. embargo on Cuba and the Bay of Pigs invasion in 1961.

“My modest suggestion is that he reflects and doesn’t try to develop theories about Cuban politics,” he fired.

Castro went on to say that Cuba “has no need for gifts” from the U.S. "empire."

“We are capable of producing the food and material wealth that we need with the work and intelligence of our people,” he wrote.

The former Cuban political leader and revolutionary passed away on Saturday.

The left seemed to mourn Castro in its coverage of his death, ignoring his history of human rights abuses and political oppression.