Anti-Trumpers Have Launched the First 'Protest in Space'...Kinda

While there have been plenty of ridiculous protests against President Trump — including marches with hats resembling female genitalia — there is now an over-the-top “protest in space.”

In solidarity with the upcoming March for Science, the Autonomous Space Agency Network (ASAN) launched a balloon into space this week with a message reportedly directed at Trump.

The important message that needed to be broadcast above Earth was the phrase “LOOK AT THAT, YOU SON OF A BITCH,” in the form of a tweet. Behold: 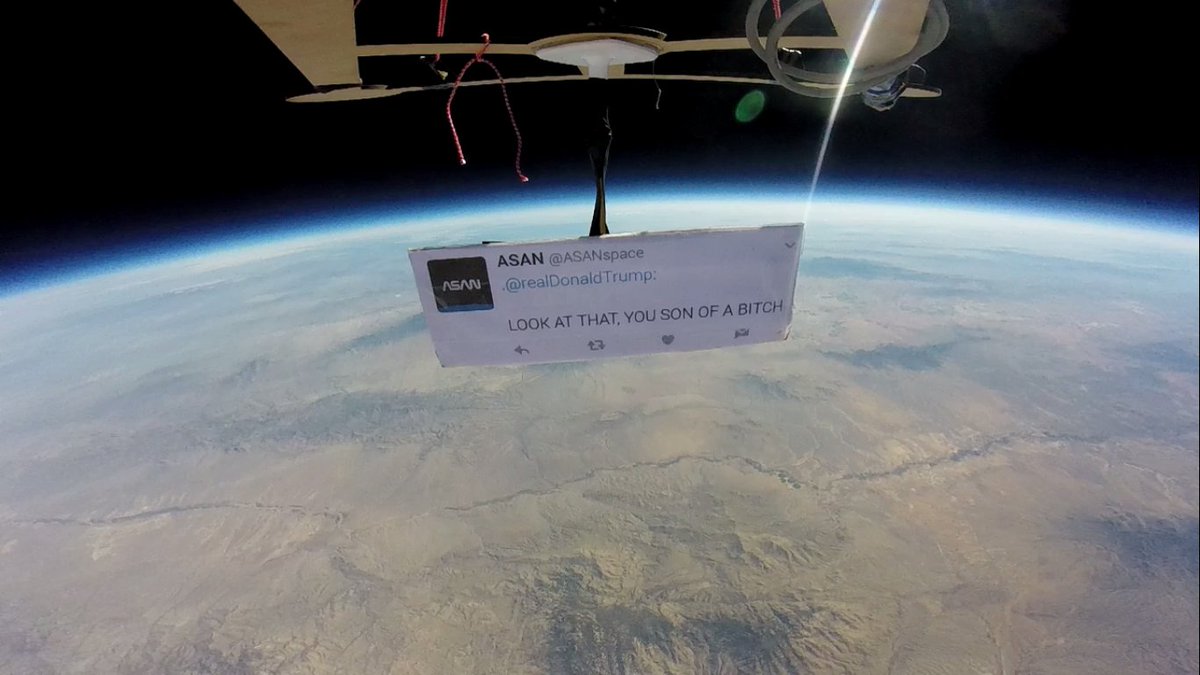 The tweet, which was printed out, was inspired by a quote from Apollo 14 astronaut Edgar Mitchell.

Mitchell reportedly said, "From out there on the moon, international politics look so petty. You want to grab a politician by the scruff of the neck and drag him a quarter of a million miles out and say, 'Look at that, you son of a bitch.'"

Although the protest is calling itself a "protest in space," Motherboard notes the sign only reached an altitude of 90,000 feet, which is not considered “space-proper.”