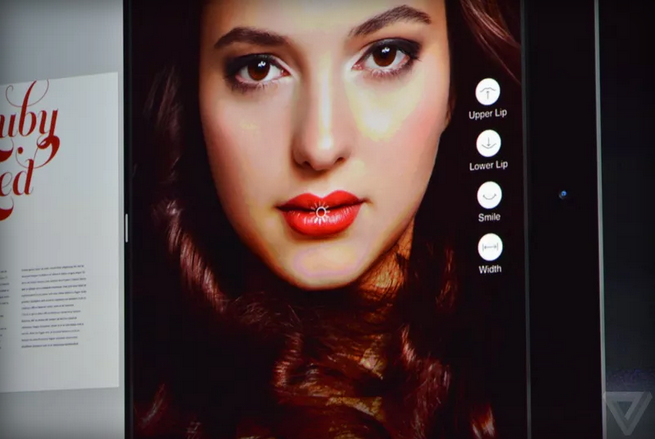 In the latest episode of the "What Will Feminists Get Angry About Next?" saga, Apple is taking the heat for placing a smile on a picture of a woman during their live keynote address for their iPad Pro.

During the event, an Adobe representative, demonstrated how users can use apps to alter images and text. But the controversial moment came when the Adobe rep used his cursor to change an image of a woman frowning to make her smile.

That was a big no-no for angry feminists everywhere who took to social media to vent. 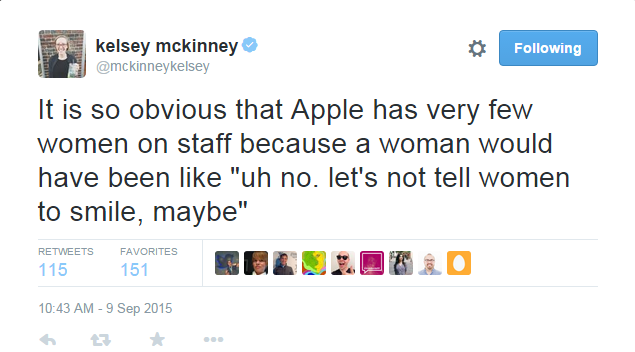 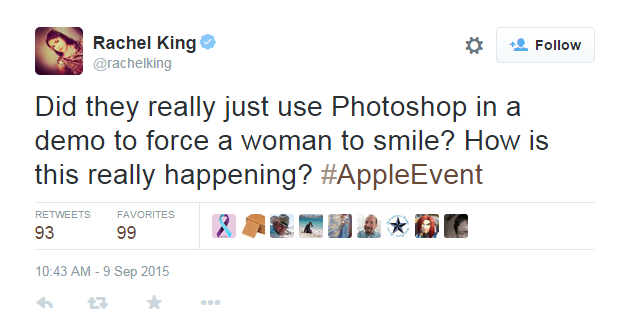 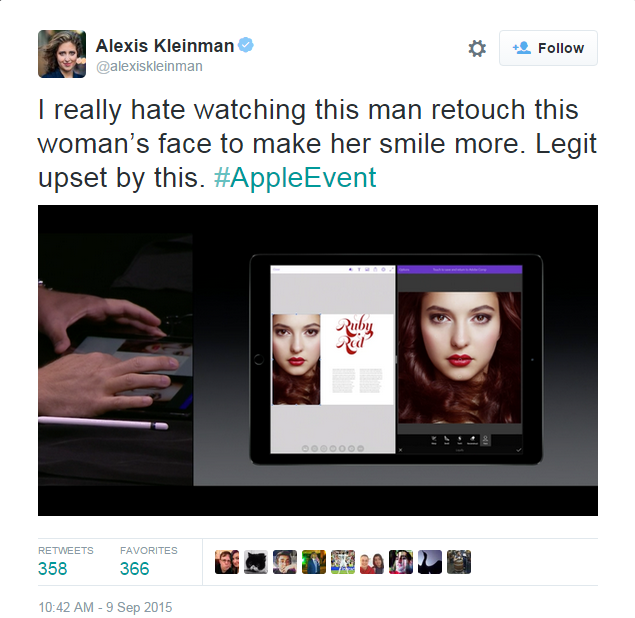 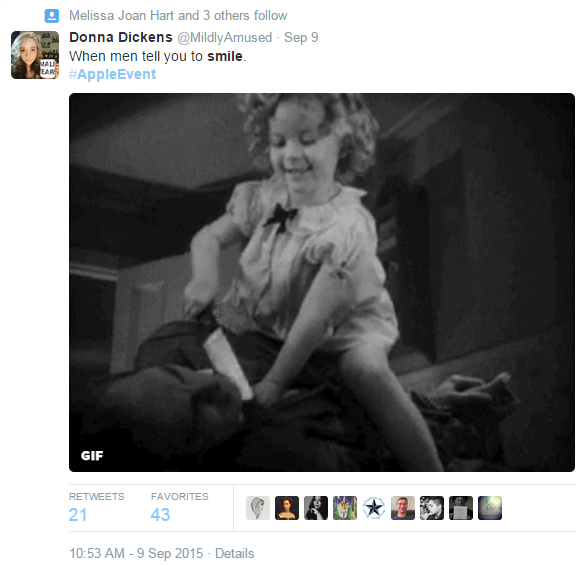 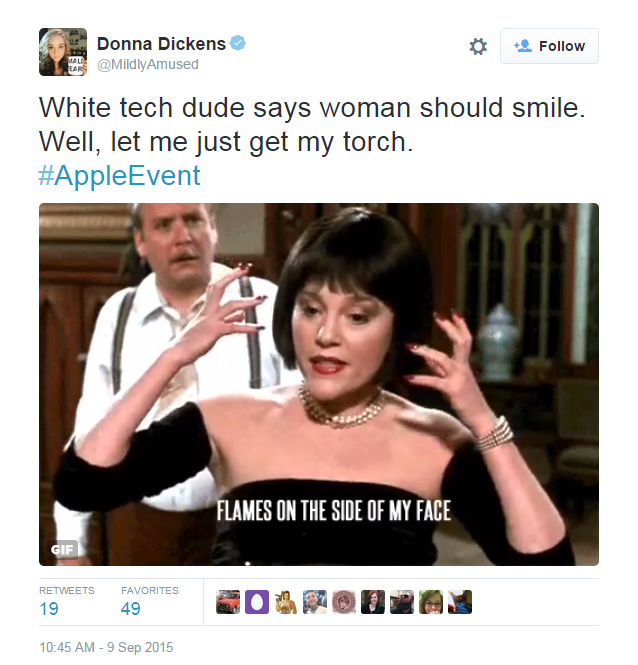 Just a guess, but Apple, as a billion-dollar company probably should've anticipated this kind of reaction and chosen a different Photoshop trick to demonstrate.