A self-described “fearless feminist” is publicly shaming a man after he complimented her LinkedIn photo.

Charlotte Proudman received the disturbing message from Alexander Carter-Silk on Sept 7. In the message titled, “PICTURE,” Carter-Silk wrote, “Charlotte, delighted to connect, I appreciate this is probably horrendously politically incorrect but that is a stunning picture !!!”

Carter-Silk continued to offend Proudman by stating, “You definitely win the prize for the best Linked in [sic] picture I have ever seen.”

“Always interest [sic] to understant [sic] people’s skills and how we might work together,” Carter-Silk concluded.

Unacceptable and misogynistic behaviour. Think twice before sending another woman (half your age) such a sexist message.”

The private reply to Carter-Silk was not enough. Proudman posted a photo of the conversation on Twitter and asked, “How many women on LinkedIn are contacted re physical appearance rather than prof skills?” 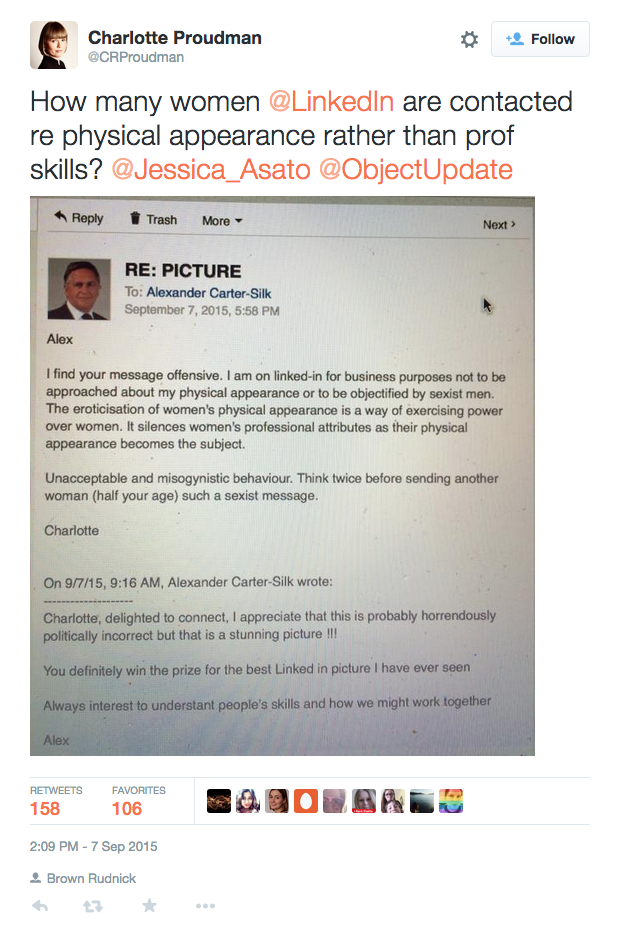 Women have been responding to Proudman, displaying all of the allegedly sexist messages they have received: 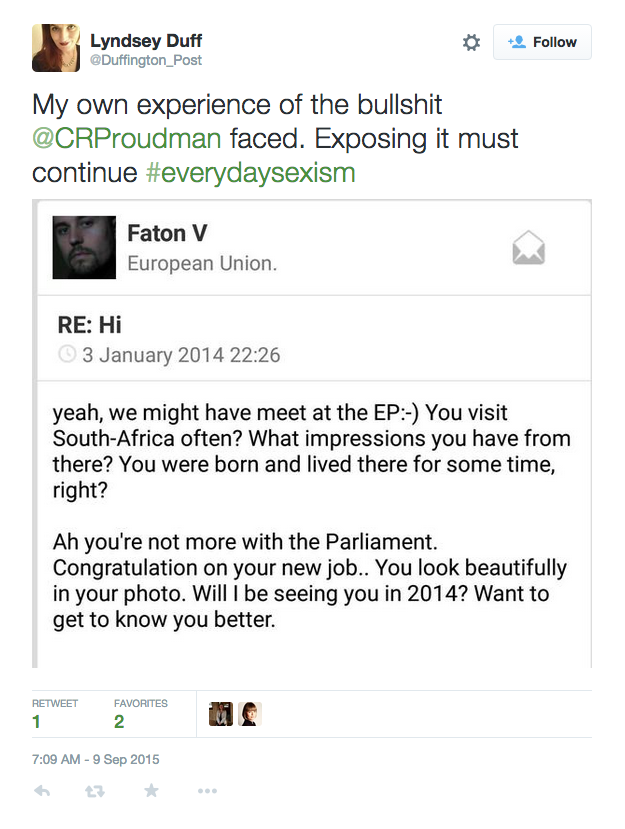 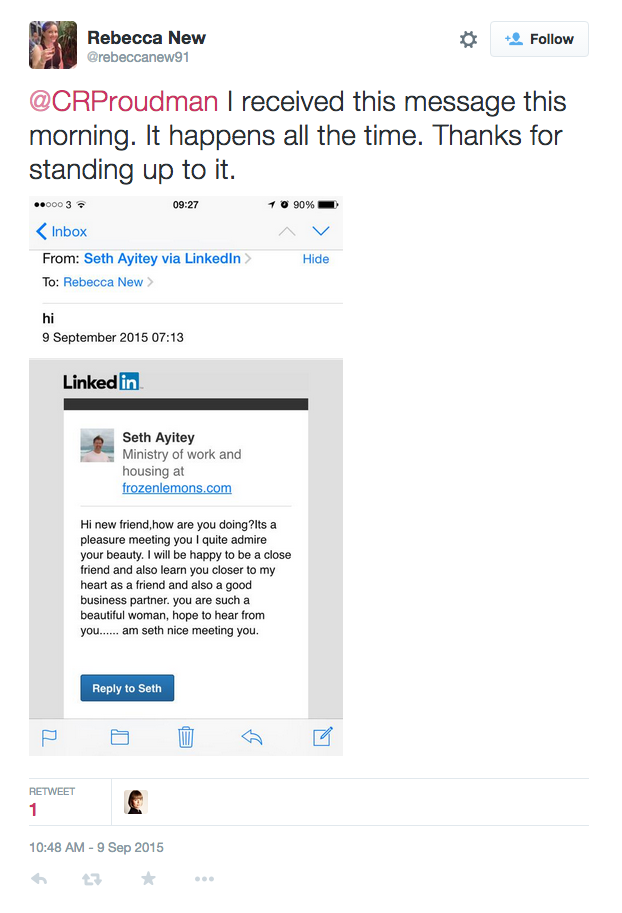 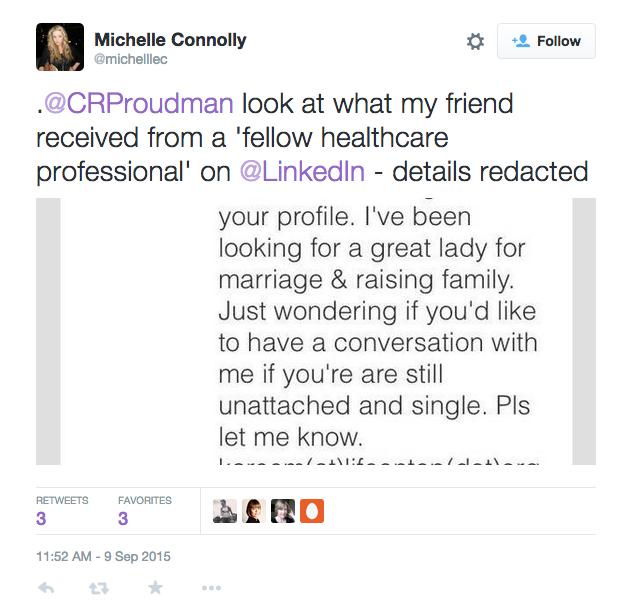 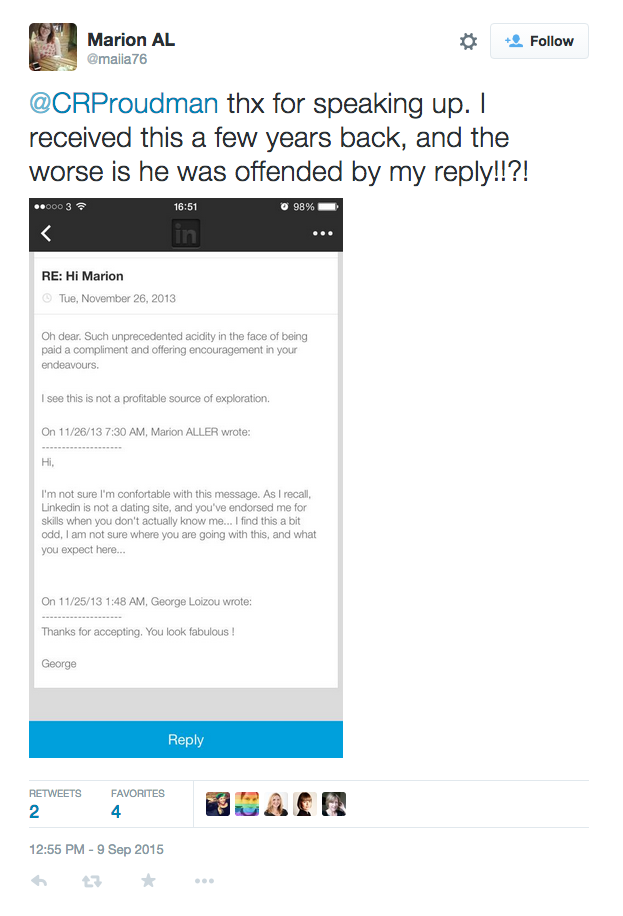 Proudman tweeted she will “endure misogynistic backlash that accompanies calling out sexism in hope it encourages at least 1 woman2feel she doesn't need 2 take it.”