A woman who describes herself as a “fatass feminist” has received national attention after criticizing Target for having a sign demarcating different toys for boys and girls.

Abi Bechtel's criticism went viral when she sent a tweet directed at Target, telling the store, “Don’t do this.” 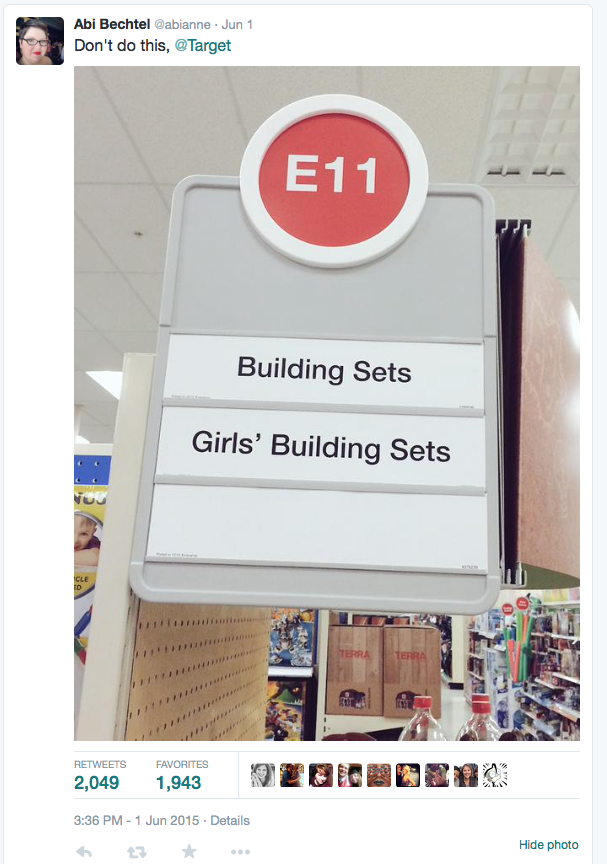 Bechtel was not the first person offended by Target divvying up building sets by gender. Other users on Twitter have also expressed their disapproval: 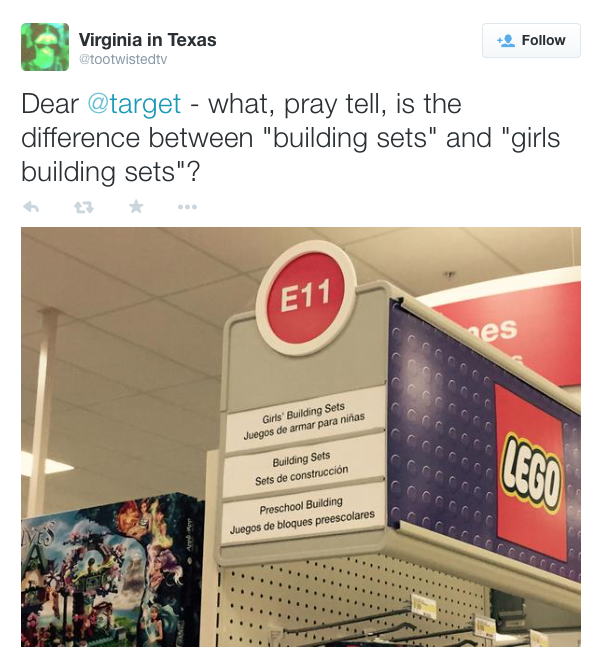 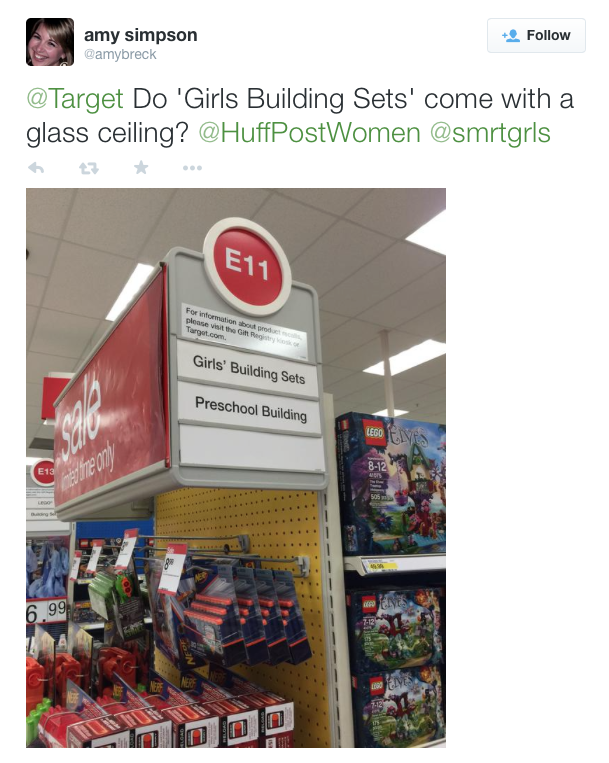 Bechtel’s revelation has received coverage on various news outlets across the country, including the Huffington Post and Cosmopolitan magazine.

In an interview with The Daily Dot, Bechtel explained further the reasoning behind her tweet:

"I posted the tweet because the signage struck me as problematic on a couple of levels - first, because the way it's written sets up boys' building sets (and boys in general) as normative/generic and girls' as specialized/other; and second, because it's such an encapsulation of how Target (and many other retailers) persistently genders toys that don't need to be gendered.”

Despite receiving backlash via social media for daring to suggest boys and girls might be interested in different things, Target will continue to identify items - among a variety of other markers - by gender.

Newsnet5.com reached out to Target for comment and received the following statement:

"At Target, our goal is to provide our guests with choices. In our toy department, we offer a wide assortment of unique, differentiated, must-have merchandise, that children of all ages, stages and interests will love. We know families are tight on time and looking for inspiration. Therefore, we continually explore how to organize our stores and website in ways that will be convenient, appealing and helpful to our guests.

"For instance, recently we conducted a test where we removed any reference to gender in the toy aisles in a number our stores. In those stores, our guest research showed us that guests preferred having a variety of indicators that can help inform and guide their shopping trip. Additionally, on Target.com, when guests shop for toys, they most often begin their search by sorting toys by brand, age and gender."

On Target's website, individuals are able to select certain options or categories in order to "find the perfect toy." One of those options - in addition to age, brand, and price- happens to be gender.

There are 64 building sets marketed towards girls, including princess- and "Frozen"-themed sets. For boys, the “Star Wars” and “Jurassic World” series are popular with over 330 types of toys available. The gender-neutral building sets include "Minecraft" Legos and so on.