Feds Spend Millions on Why Kids Don't Like Sneezed-On Food - and More, in 'The Federal Fumbles' 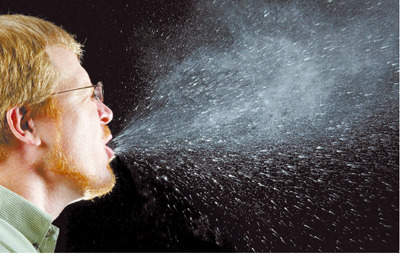 It’s gift-giving time, that time when people of various religious faiths think about buying something entertaining, meaningful or both for their friends and loved ones. So, in the spirit of the “season,” let’s suggest a book that will read like the most absurd fantasy ever published.

Sadly, this one is non-fiction, and it comes to us from the office of US Senator James Lankford, (R- Okla.), which, at his suggestion, compiles “The Federal Fumbles,” a jaw-dropping list of the “100 Ways Government Dropped the Ball.”

You don’t have to go to a bookstore, and you don’t have to hit an online seller, because the publication is available as a PDF. And, while it might not be as poetic or beautiful as, say, the work of E.R. Eddison, it will inspire many jaws to drop with wonder and shock, to put it mildly.

One of the most prominent of these bizarre expenditures formed the focus of a previous piece, in which I noted that the National Science Foundation (NSF) showered $142,930 on four University of Oregon “scientists” to produce a paper suggesting people should “feminize” the study of glaciers. Seriously.

But, there are many, many more. Ninety-nine, to be precise. And a quick overview of them will help gift-givers see that this year, as happens every year, the US government already spent their money, and spent it in amazingly wasteful, ridiculous ways.

Would you like to give your loved one the gift of embroidered Snuggies? Well, the National Science Foundation already gifted $1,179 worth of them to the University of Washington State.

Do you find soap operas fascinating? No need to watch one online or on TV where those pesky voluntary advertisers appear with their wares. The National Institute of Health (NIH) has, since 2008, shelled out $3 million in taxpayer cash to develop a twelve-episode series entitled, “Love, Sex, and Choices.” This Shakespearean-level program focuses on offering viewers on mobile devices better options and choices in behavior that will curb HIV and AIDS. There’s no word as to whether Charlie Sheen will star, but at least the producers used the Oxford Comma in the title.

The NIH also spent $2 million on a multi-year study to research why kids don’t dig food on which people have sneezed.

This is real. And real people accepted the money.

All of it spent while, as “The Federal Follies” notes, by the end of 2016, the US government will have a debt over $19.5 trillion…

It (the national debt) will probably reach $22 trillion by the end of the decade. Last year our (sic) federal government spent $223 billion, or 6% of discretionary spending, on interest payments alone.

But, really, who could complain? After all, these insane projects are just so cute and entertaining. Isn’t it fun to have the government expropriate half a million dollars to send text messages to people that warn them not to chew tobacco? Heck of a lot more fun than, say, leaving our neighbors in peace to spend or save that money as they would have wanted it spent, or saved. After all, when politicians speak, they “represent” the people, so why should any of the actual people have a say?

And, heck, it’s not as if we’re even talking people who have been born! Since the US is in massive debt, the current taxpayers aren’t even paying for all of these expenditures. It’s their unborn kids, who, in this land of the supposed “free,” will be born into tax slavery, without their consent, of course...but, for their own good.

Senator Lankford and his team have put together a publication that is worth reading. It’s not enjoyable. It’s not pretty, but it’s real, and it offers us just a small glimpse into the unfortunate “gifts” the politicians are handing us with our own cash and on the backs of the next generation.

Kudos to him and his staff for exposing this shameful list of government waste.