Feds Protect Muslims Fired for Not Doing Their Jobs 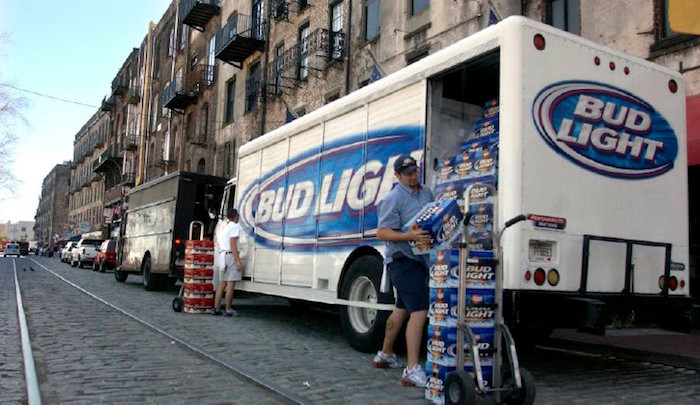 Ruling in a lawsuit brought by the Obama Administration's Equal Employment Opportunity Commission (EEOC), a federal court awarded $240,000 to two former Muslim drivers, who claimed that their religious beliefs were violated by an Illinois trucking company. The two men were fired when they refused to deliver alcohol for the carrier, saying it was against their religious values as practicing Muslims. Strangely, the progressive crowd that urged Kim Davis to quit because she didn't want to violate her religious beliefs in performing her job was totally silent.

According to the Peoria Journal Star,

The EEOC said its investigation before filing the suit revealed that Star could have readily avoided assigning these employees to alcohol delivery without any undue hardship, "but chose to force the issue despite the employees' Islamic religion."

Judge James E. Shadid, the chief judge of the U.S. District Court for the Central District of Illinois, found in favor of EEOC after Star Transport admitted liability in March 2015. The resulting trial was to determine compensatory and punitive damages and back pay. The jury awarded Mahad Abass Mohamed and Abdkiarim Hassan Bulshale $20,000 each in compensatory damages and $100,000 each in punitive damages. Judge Shadid awarded each approximately $1,500 in back pay.

It is very unlikely that the plaintiffs will get their money because, since the lawsuit was filed, Star Transport has gone out of business.  But, that didn't stop the EEOC from celebrating their victory with a press release:

EEOC also alleged that Star Transport could have but failed to accommodate the truckers' religious beliefs, as required by Title VII of the Civil Rights Act of 1964. EEOC filed suit (EEOC v. Star Transport, Inc., No. 13-cv-1240) in U.S. District Court for the Central District of Illinois in Peoria in May 2013.

"EEOC is proud to support the rights of workers to equal treatment in the workplace without having to sacrifice their religious beliefs or practices," said EEOC General Counsel David Lopez. "This is fundamental to the American principles of religious freedom and tolerance."

Calhoun said, "This is an awesome outcome. Star Transport failed to provide any discrimination training to its human resources personnel, which led to catastrophic results for these employees. They suffered real injustice that needed to be addressed. By this verdict, the jury remedied the injustice by sending clear messages to Star Transport and other employers that they will be held accountable for their unlawful employment practices. Moreover, they signaled to Mr. Mohamed and Mr. Bulshale that religious freedom is a right for all Americans."

It makes one wonder why the EEOC isn't suing the State of Kentucky on behalf of Kim Davis.

Ms. Davis refused to issue any marriage certificates because she didn't want her name and title associated with same sex marriages.  She was willing to do so if her name and title were removed from the forms, but Kentucky refused to make that accommodation, forcing Ms. Davis to violate the Supreme Court ruling and spend time in jail.

If Title VII of the Civil Rights Act of 1964 requires that accommodations be made for religious beliefs, shouldn't that hold for Christians as well as Muslims?