Feds Award $270K To Find Out if Girls Suck at STEM 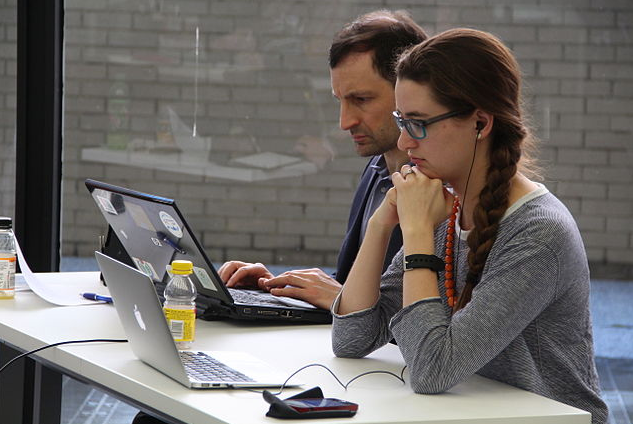 The federal government is doling out nearly $300,000 to study whether the best and brightest women working in STEM fields are inferior to their male counterparts. The findings will be apparently used to help “advance the careers of women,” even if the study reveals the top women in STEM (Science, Technology, Engineering, Math) professions perform worse compared to men.

The National Science Foundation awarded George Washington University $270,000 to “understand the potential gender performance gap among star performers” in STEM, which are “individuals who produce output and results many times greater than the rest of the individuals holding the same job or position.”

According to the “Understanding the Gender Performance Gap among Star Performers in STEM Fields” grant:

A gender gap among star performers is more damaging in terms of precluding the advancement of women than a gender gap regarding average performers because stars are mentors and role models for others. Moreover, interventions aimed at reducing the performance gender gap among star performers are likely to trickle down to those lower in the performance distribution. We currently do not know whether the distributions of female and male star performers differ, which is a critical knowledge gap because such differences would be indicative of different generative mechanisms and organizational and contextual factors that lead to those differences. The proposed research agenda uses conceptual frameworks and methodological tools originally developed in other fields (e.g., physics, zoology, biology, computer science) to investigate the shape of the distribution of female and male star performers in STEM fields. Three studies will be conducted, including star researchers who are in the fields of Mathematics, Material Sciences, and Genetics.

The grant also asserts this gender performance gap—which has yet to be proven—is “damaging” to “the advancement of women” because “stars are mentors and role models for others.”

The grant also recommends “interventions aimed at reducing the performance gender gap among star performers are likely to trickle down to those lower in the performance distribution” to fix the prospective gender gap (which has still not been proven to exist).

It is unclear what an intervention to reduce a performance gender gap would involve, outside of special treatment for women or instructing men to be worse at their jobs to make it fair to women.

Even if the research discovers the top women are not as productive as the best men, the grant asserts the findings will be used to “inform and stimulate ways in which participation in STEM fields can be broadened in general” and “advance the careers of women”:

This three-study research agenda will make manifold contributions to the scientific literature concerning the science of organizations and the science of broadening participation. The findings will be used to help inform and stimulate ways in which participation in STEM fields can be broadened in general and ways to advance the careers of women. Moreover, because scripts and programs to measure the shape of the distributions will be produced, the findings of this project will pave the way for future research streams examining the shape of the performance distribution for women and men in other industries and occupations.