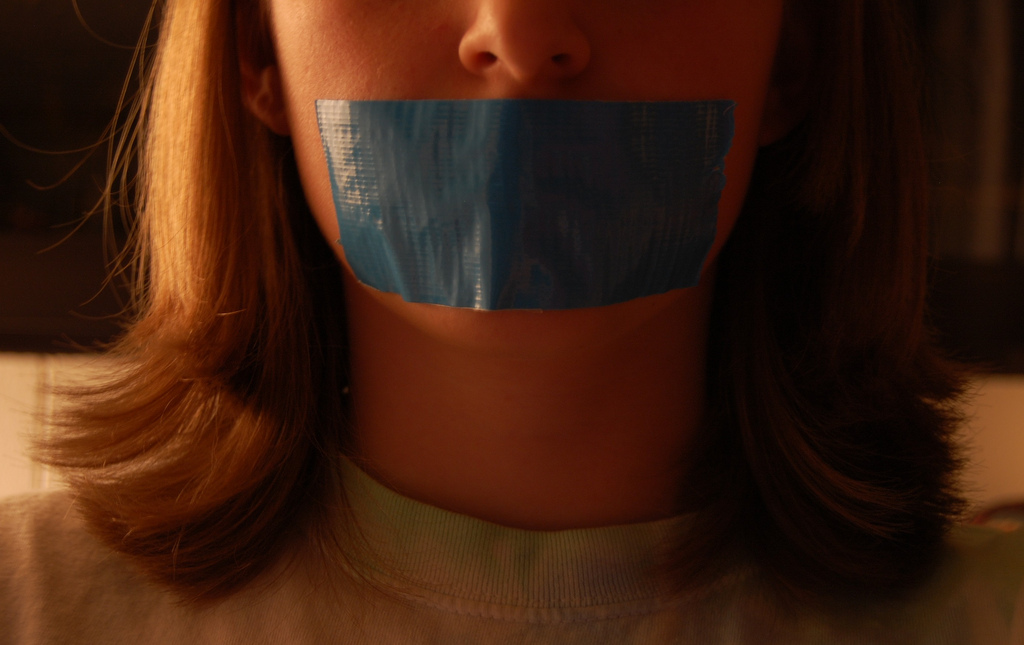 Have you ever seen the American vestigial tail? It was a spine-like thing composed of the Bill of Rights, freedom of association, and economic liberty that, through the years, has been made less and less powerful thanks to political surgery.

With the election of Donald Trump over Hillary Clinton, lots of folks hoped that the federal government would pull back from its encroachments on our rights, and in some cases – such as the rights of some landowners to operate coal mines and the rights of some business owners to not have to supply insurance to employees that covers things they find morally offensive – Trump has delivered.

In other areas, such as warrantless searches and unconstitutional military excursions, Mr. Trump has been less than stellar.

Now, it appears Trump is going to have to slog into a new swamp in order to defend the right to free speech, something which many politicians and bureaucrats don’t seem to think exists when it comes to American citizens -- or anyone, for that matter.

As Paul Bedard writes for The Washington Examiner, the stuffed shirts at the Federal Election Commission (FEC) are interested in pushing around folks who buy political ads via portable device apps, like those on your smartphone. Initially focused on going after conservative websites like The Drudge Report, the old guard at the FEC realized that the website model was too “Nineties,” and that they need to bring their fascist strong-arming into the modern day.

So what do they want to do, exactly?

The agency Tuesday started a comment period for the public and special interests to suggest ideas on how to regulate internet-based political ads and paid comments that come over those small devices via big websites.

When a government agency “invites” public comment on something, there are two likely plans. The first is that they have “regulations” already prepared, and are allowing the plebs to squeak before doing whatever they were going to do, regardless.

The second is that they want to push regulations that are still embryonic, and they have a slew of politically connected pals who will “comment” in favor of the need for regulations.

Either way, the deck is stacked against the individual and the rights supposedly protected by the U.S. Constitution. Mr. Bedard continues:

“The Commission is particularly interested in comments addressing advertisements on internet-enabled applications and devices such as apps, eReaders, and wearable technology.”

Strange to think that the Commission isn’t interested in the U.S. Constitution and free speech.

And this is a point that is more important than the phrasing and pacing of an opinion piece might reflect. These are fundamental issues that reflect whether people have an understanding of the supposed rules of the U.S. Constitution.

According to the Constitution, the feds have a responsibility to insure a “republican form of government” should the legislatures of any state ask for military assistance apart from their armed state population to retain it. While the Constitution ensures the existence of the “Electoral College,” and establishes the number of senators and so-called “representatives” (it’s mathematically and functionally impossible for you to truly be “represented” by any member of Congress), the places to vote, the times, and “manner” of holding elections were left to the states, with the possibility that Congress could make laws altering those specifics if the Reps deemed it “needed.”

So, the constitutional justification for a “Federal Election Commission” is tenuous at best, and requires proponents of such a bureaucracy to claim that it is managing the Electoral College. A permanent bureaucracy to handle “elections” is not consistent with the wording of the Constitution.

And this FEC is now interested in abridging the right of people to freely speak through the digital media.

How is this in any way consistent with the First Amendment? Which, for the record, still states:

Congress shall make no law respecting an establishment of religion, or prohibiting the free exercise thereof; or abridging the freedom of speech, or of the press; or the right of the people peaceably to assemble, and to petition the Government for a redress of grievances.

The FEC stems from the 1972 Federal Election Campaign Act, which mandated the disclosure of campaign contributions (as much as folks might want this, I didn’t notice that the Constitution allowed such a mandate), and the law was subsequently amended in 1973-74 to grant the FEC its “regulatory power” to place legal limits on different “types” of campaign contributions.

Again, where is this allowed by the U.S. Constitution?

Answer: it’s not. It is strictly prohibited by the First Amendment.

But in their frenzy to stop “big special interests” from funding campaigns, many in the U.S. have overlooked the fact that it is the out-of-control power of the U.S. government to harm or help businesses that needs to be checked, not the business people who could be at the mercy of, or benefit from, federal meddling.

Meanwhile, politicians and bureaucrats eating on your neighbors’ dime continue to concoct new ways to give themselves more power over speech. And both parties on the Commission seem oblivious to the Constitution.

In a recent interview, fellow Republican Commissioner Lee Goodman raised questions about how a disclaimer could fit -- and be readable -- on tiny ads, like those on an Apple Watch.

They focus on the minutiae of their ideas, rather than the breach of principle and breach of the Constitution.

Isn’t it about time folks look at the heart of the problem: political power itself, and leave us free to criticize that excessive use of power?