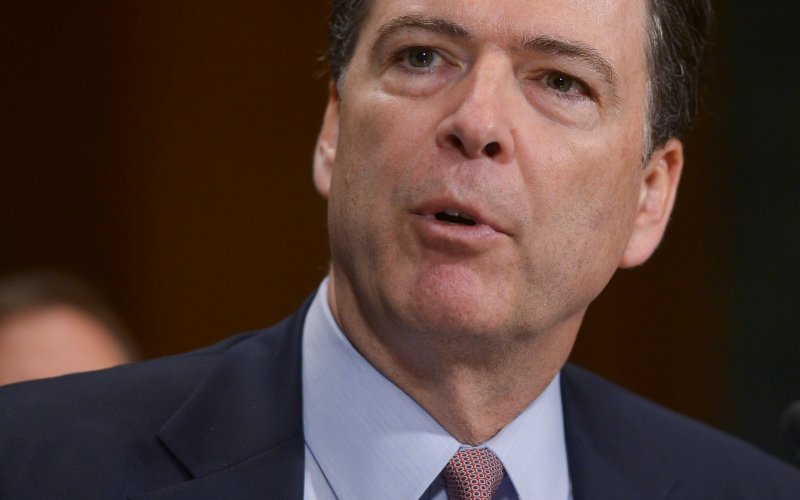 FBI Director James Comey summoned up his inner Al Sharpton during a speech at Georgetown University Thursday as he opined that not only are all police officers inherently racist, but also that, because America is a "majority white society," we are helpless to control our "latent biases" which is why (of course)  government must step in and design a system to control our unconscious hatred.

Comey went on to accuse all cops, Caucasian or minority, who patrol areas "where most street crime is committed by young blacks" of also having an unconscious bias against blacks:

A mental shortcut becomes almost irresistible and maybe even rational by some lights. The two young black men on one side of the street look like so many others the officer has locked up. Two white men on the other side of the street—even in the same clothes—do not. The officer does not make the same association about the two white guys, whether that officer is white or black. And that drives different behavior. The officer turns toward one side of the street and not the other. We need to come to grips with the fact that this behavior complicates the relationship between police and the communities they serve.

Comey wasn't all negative: he added a back-handed complement to the police, saying it's not that bad because cops aren't any more bigoted than the rest of the country. "If we can't help our latent biases, we can help our behavior in response to those instinctive reactions, which is why we work to design system and processes to overcome that very human part of us all," he explained. "Although the research may be unsettling, it is what we do next that matters most."

The full transcript of Director Comey's speech can be found on the FBI website.

The Director's position is nothing new. From his first days in office, President Obama and his administration have judged every issue through the prism of race, whether it's appropriate or not. Remember his first press conference in 2009, when he declared the Cambridge police had acted stupidly when they arrested  prominent black Harvard professor who was suspiciously breaking into his own home.  ﻿

Five years later, nothing's changed. In December of 2014, the President sat down with BET for an interview where he continued to suggest that police were racist. As reported in the NY Daily News, the President said:

Fifty-two years ago, in one of the most iconic speeches in American history the Reverent Martin Luther King Jr stood in front of the Lincoln Memorial and said, "I have a dream that my four little children will one day live in a nation where they will not be judged by the color of their skin but by the content of their character."

On Thursday at Georgetown University, FBI Director James Comey the top law enforcement officer in America, continued this administration's policy to destroy Reverend Martin Luther King Jr's dream by not judging people, by the content of their character, but by the color of their skin.
Racism
Race Issues
anti-police sentiment
donate
mrc merch