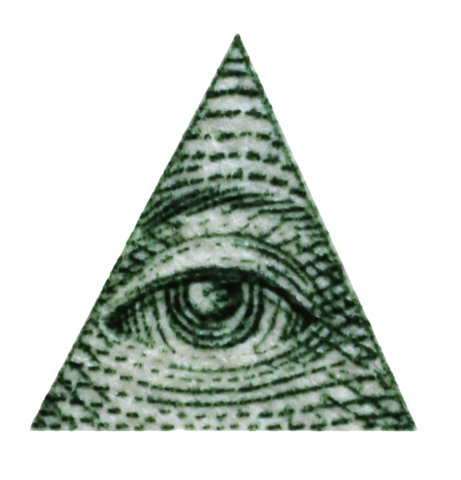 Archeologists believe they have found the remnants of a once beloved document. According to reports, the archaic composition was known as “The Fourth Amendment to the U.S. Constitution,” and was found buried beneath reams of unwarranted searches, seizures, and the latest layer of sediment: 430,000 iris scans collected in a “pilot FBI program,” nearly half of which were conducted in San Bernadino, Calif., alone.

According to The Verge's Colin Lecher and Russell Brandom, in 2013, the FBI began what it euphemistically called a “pilot program” to collect iris scans from local and state police, as well as the U.S. Border Patrol and the Pentagon. Despite having collected “hundreds of thousands of facial scans” that, as Russell Brandom reported in June, the General Accounting Office criticized for having been done without regard for privacy, the FBI wanted to go further.

Iris scans are more accurate than facial scans, just as accurate as fingerprints, and can be conducted without making physical contact with the individual being scanned – something folks who remember the Fourth Amendment prohibition against unwarranted searches and seizures might like to keep in mind. It’s a safe bet the lawyers and bureaucrats working with the FBI have forgotten or simply don’t care.

According to Lecher and Brandom, the iris scan tech was first employed by the federal government during the US invasion and occupation of Iraq, but federal officials want to use it on American civilians to “protect” us.

“Police could use iris scanners to check each person passing through a roadblock, where taking fingerprints would require too much contact to be practical,” they noted.

This might sound reasonable in a police state, but those who retain the vestigial memories of their civil liberties might find it a bit alarming.

To be clear: these scans are seizures of private, identifying information that are gathered and directly connected to individuals only because of specific government orders and actions. If the British were to have taken fingerprints or signatures of American colonials any time they detained them on the streets, and kept the prints or signatures on file for use or misuse by government agents, people in that era would have vigorously protested.  These are unique identifiers. It is one thing for a police officer to recognize a local resident by sight. It is a completely different matter for the police to retain physical data of people which is unique to each, and which can be used to frame, blackmail, or steal from citizens at any time.

The Fourth Amendment requires police to obtain a judge’s warrant to search for specific items and to seize them. The power to arrest has been construed by courts as allowing police to obtain certain personal information in order to process the arrest and check on backgrounds -- tricky areas of personal privacy that are often stretched by police contrary to the Fourth Amendment.

This goes one step further. The iris scans were taken by local police and border agents not upon conviction for a crime, but upon arrest. Retention of the scans after charges were never filed or were dropped is dangerous policy to practice. It is a violation of the prohibition against government seizure without a warrant.

But the FBI is not stopping there. According to RT, the bureau is intent on creating a massive, nation-wide biometric database for all Americans.

RT states, “The bureau is trying to shield the biometric database from Privacy Act rules that require a person be notified if they are in a government system, as well as a rule that lets people ensure that the information the government is holding about them is accurate.”

And what entity has the worst track record for stopping hackers from obtaining its information?

Yeah, you got it: the U.S. government.

For many people who have heard Ben Franklin’s old adage, “Those who would give up essential Liberty, to purchase a little temporary Safety, deserve neither Liberty nor Safety,” the words ring with a terrible resonance today. But perhaps people waking up to this iris scan threat might like to add a new line, from Richard Butler, of The Psychedelic Furs. In his trenchant song “President Gas”, about the ritual of voting for characters who repeatedly attack civil rights, he noted that the citizen can simply, “Open up your eyes, just to check that you’re asleep again.”

This is a crucial time to keep one’s eyes open, not for agents of the state to collect our iris data without our consent.