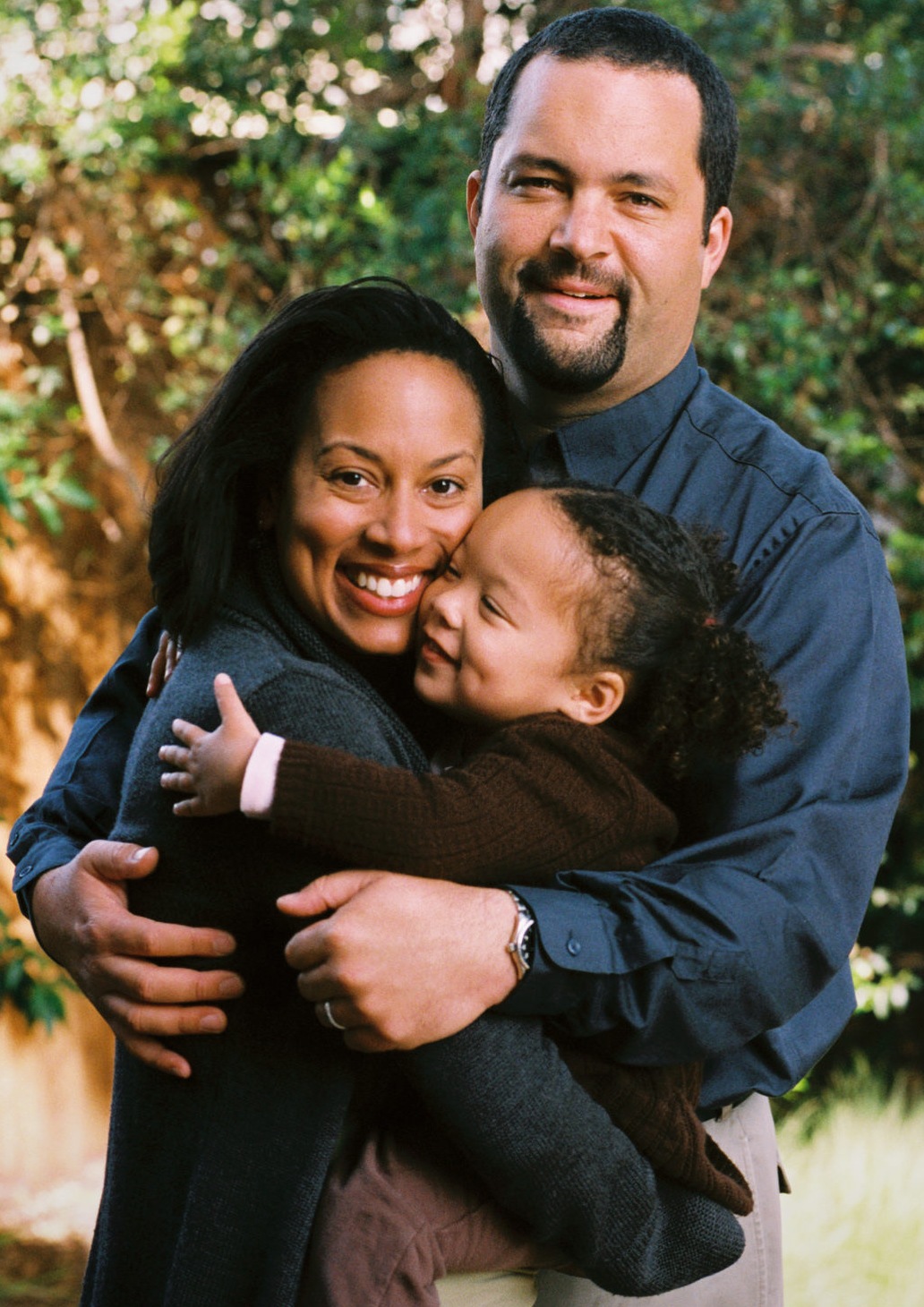 According to a study published by the Marriage and Religion Research Institute (MARRI), intact families, or married two-parent households, influence a state’s well-being more than education, population density, and even race.

“Many claim that race determines negative outcomes—this is not the case,” the Institute argues.

“Only family intactness has a clear, consistent positive or negative impact on state outcomes," MARRI continues. "Once family intactness, high school drop-out levels, and other demographic factors are taken into account, the fraction of blacks or Hispanics has no, or very little, detrimental influence on the outcomes studied.”

Research using federal survey data also found a strong correlation between high crime rates and “broken families,” regardless of whether a community is heavily black or white.

“While serious crime is highest in socially disorganized, largely urban neighborhoods, its frequency is dependent on marriage and not race,” the study finds.

The non-profit goes on to explain that data on child poverty rates and family intactness also demonstrate a strong correlation:

“The differences between family structures, even within the same ethnic group, are associated with differences in child poverty rates.

According to its findings, the study shows that both white and black children in married two-parent households fare better when it comes to their economic security than those in non-married single-parent households. 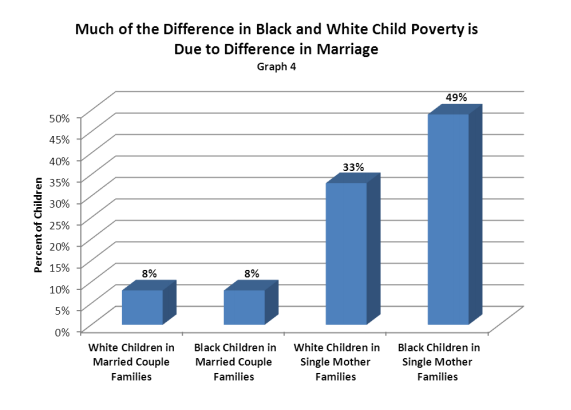 MARRI also studied 45 of the largest cities in America to better understand how the demographics of each city come into play.

Their research of federal survey data shows Baltimore as the ninth “least intact” city in America and the city with “the lowest level of family intactness in Maryland.” 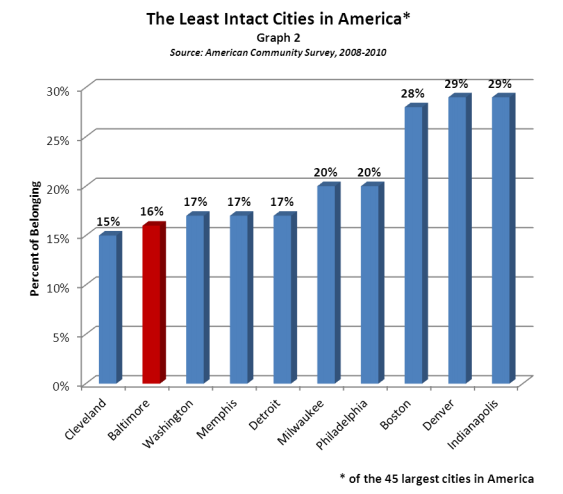 In a city continuing to make headlines for its poor infrastructure and civil unrest, there exists an undeniable, gaping disparity between intact and broken families.

According to 2013 American Community Survey data, there are an estimated 15,400 black teens from broken families living in Baltimore, literally tens of thousands more than white teens. 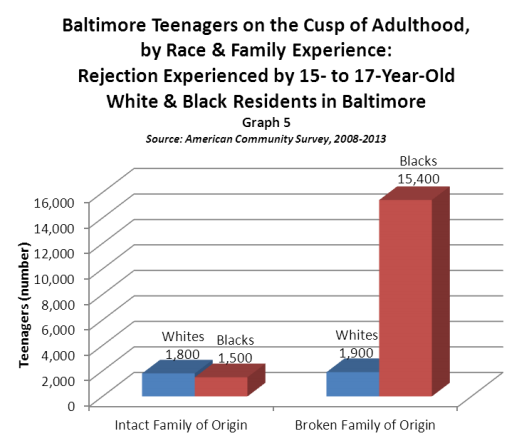 “Because Black youth are least likely to come from intact families, the public frequently confounds the roles of race and family intactness in shaping adolescents,” MARRI explains.

In the case of Baltimore, where the number of resident black teens greatly exceeds that of white teens, it would seem as though race is the determining factor for the city’s overall well-being. However, when the numbers show white teens from broken families showing similar poverty rates and crime activity to black teens from broken families, the argument that family intactness is the determining factor for well-being becomes all the more salient.

family intactness a greater determinant of states' well-being than race