This Extreme Wingsuit Flight Could Induce an Adrenaline Overdose 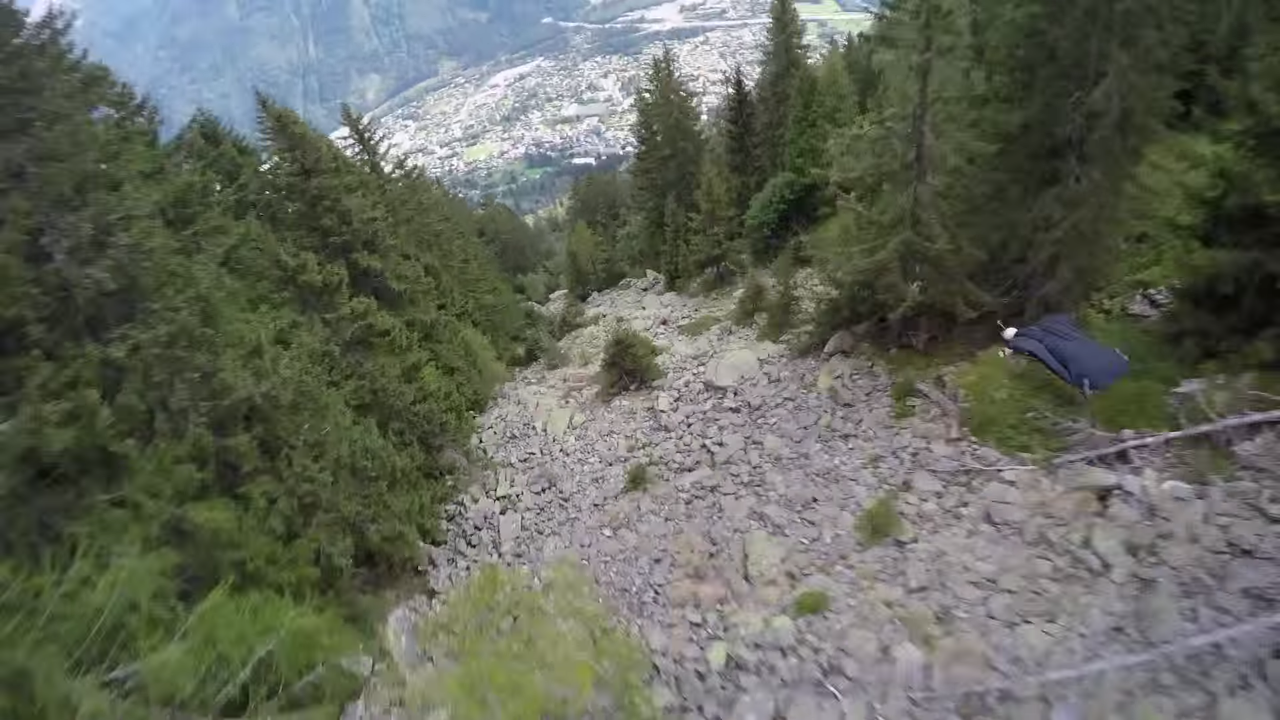 Extreme sportsman Graham Dickinson proves himself to be a skilled and fearless flyer when in his wingsuit. You can almost imagine the adrenaline in his blood and the staccato of his heartbeat just watching his video.

Dickinson and his friend, Dario Zanon, jumped from a cliff face off of France’s Le Brevent. The ensuing flight could have been used in an action film. With the aggressive flying and dodging of trees, the flyers looked like they were engaged in a wingsuit-based dogfight.

“Our speed is over 180km/h and the trees and rocks are less than a foot away at times,” Dickinson wrote in a Facebook post.

Watch Dickinson from Zanon’s view in the first video. In the video, you you can see Dickinson’s rear-facing camera that not only shows Zanon's skilled flying, but also a perspective that gives you a better idea of how close Dickinson came to sustaining grievous injury.