However the election ultimately falls out, one thing is for certain: contrary to what Jemele Hill wants you to believe it’s not just white men who supported President Donald Trump, and the toxic culture of identity politics is eroding.

In fact, according to the Edison exit polls, the one category Trump may have actually lost ground with is white male voters. When it comes to women, blacks and Hispanics, the president netted gains.

Conversely, the polls show Trump's support among white male voters fell from 62 percent to 57 percent, the only category where he appears to have lost support. 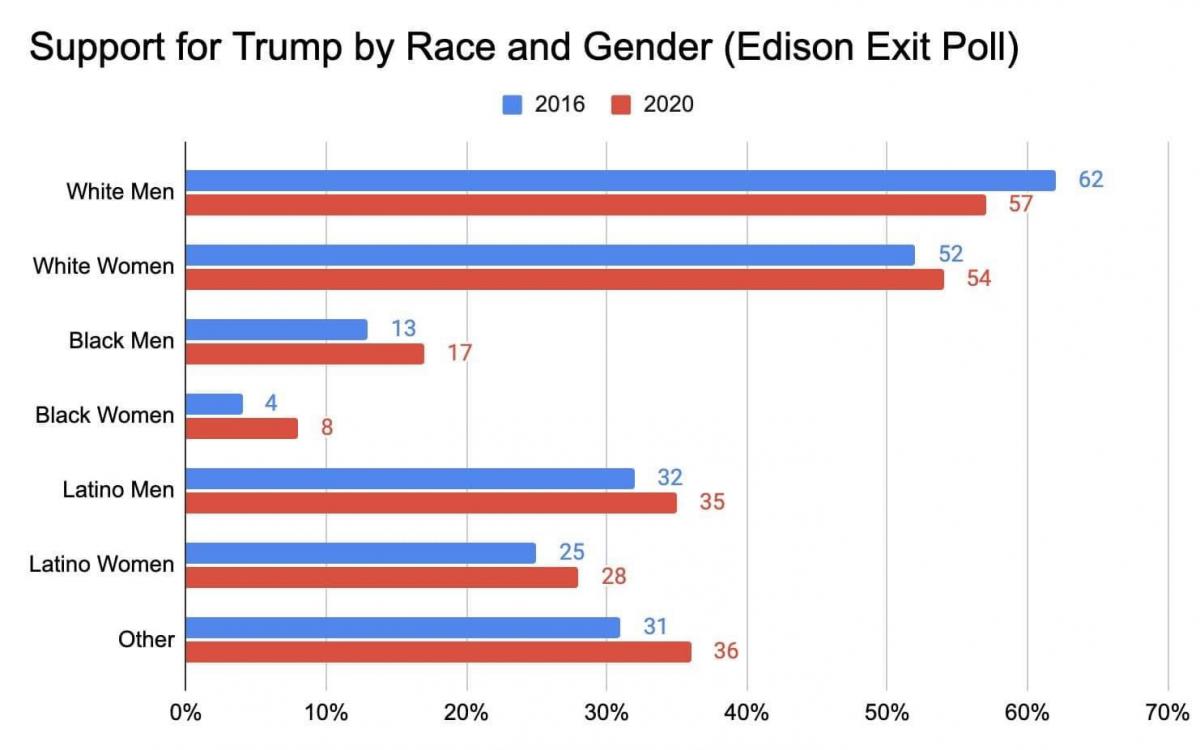 And while California Rep. Maxine Waters has vowed to "never, ever forgive" black men who voted for Trump, the president has earned praise from many in the black community for the progress he's made on criminal justice reform and for working with black thought and culture leaders on his new "Platinum Plan," which aims to invest in black communities and businesses.

Trump's support among Latinos also gave him a much-needed boost in Texas and Florida, where predominately Hispanic counties turned out in spades to support the president's bid for a second term.