EXCLUSIVE: University Students Encouraged Not to Report Rape to the Police Because Police are Men 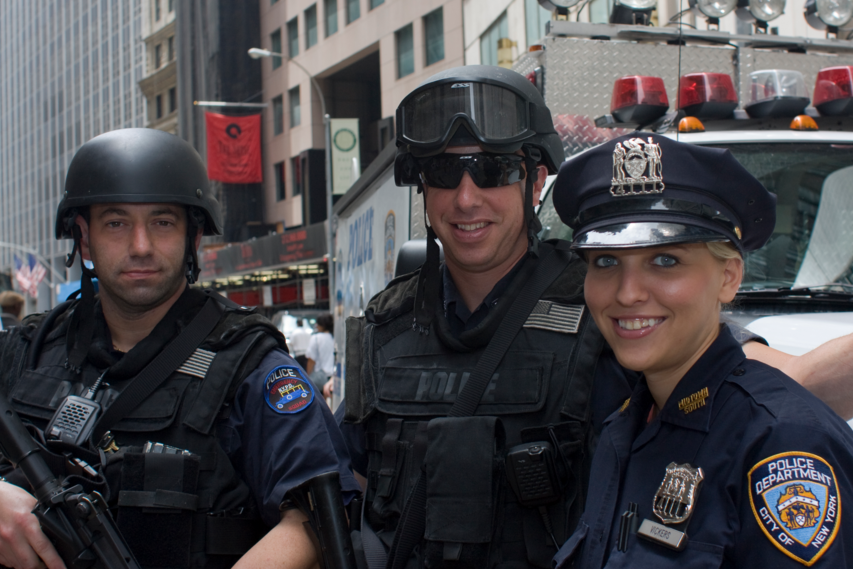 Students at the Cooper Union for the Advancement of Science and Art are being instructed not to report rape to the police because police officers are often men and putting sexual assault perpetrators in jail contributes to the “harmful police state.”

A flier obtained by MRCTV states, in the case of rape, “DO NOT CALL THE POLICE.” Instead, students are encouraged to call a hospital or Safe Horizons, a victim services non-profit.

According to the flier, “Police are under-trained and poorly handle rape cases. Often times rape survivors are forced to work on their case with police teams that are 100% male. Most cases are thrown out. Survivors are discouraged to press charges because it costs the police money they don’t want to spend. Investigations are re-traumatizing. People of color, especially black people, undocumented people and trans and gender non-conforming people are targeted and often criminally charged even if they are the survivor.”

The flier claims, “Despite increases in prison populations, rates of sexual violence have not decreased. Prisons do not protect women, they hurt prisoners and their families.”

It also asserts there is a need to “[b]uild systems outside the harmful police state that provide transformative and restorative justice! Hold our school to follow and go beyond Title IX.”

As well, the flier accuses the Cooper Union of “hid[ing] our campus’s and our society’s unwillingness to prevent and deal with sexual violence” and “distract[ing] from the fact that our campus lacks the necessary resources to prevent, reduce and address harm.” 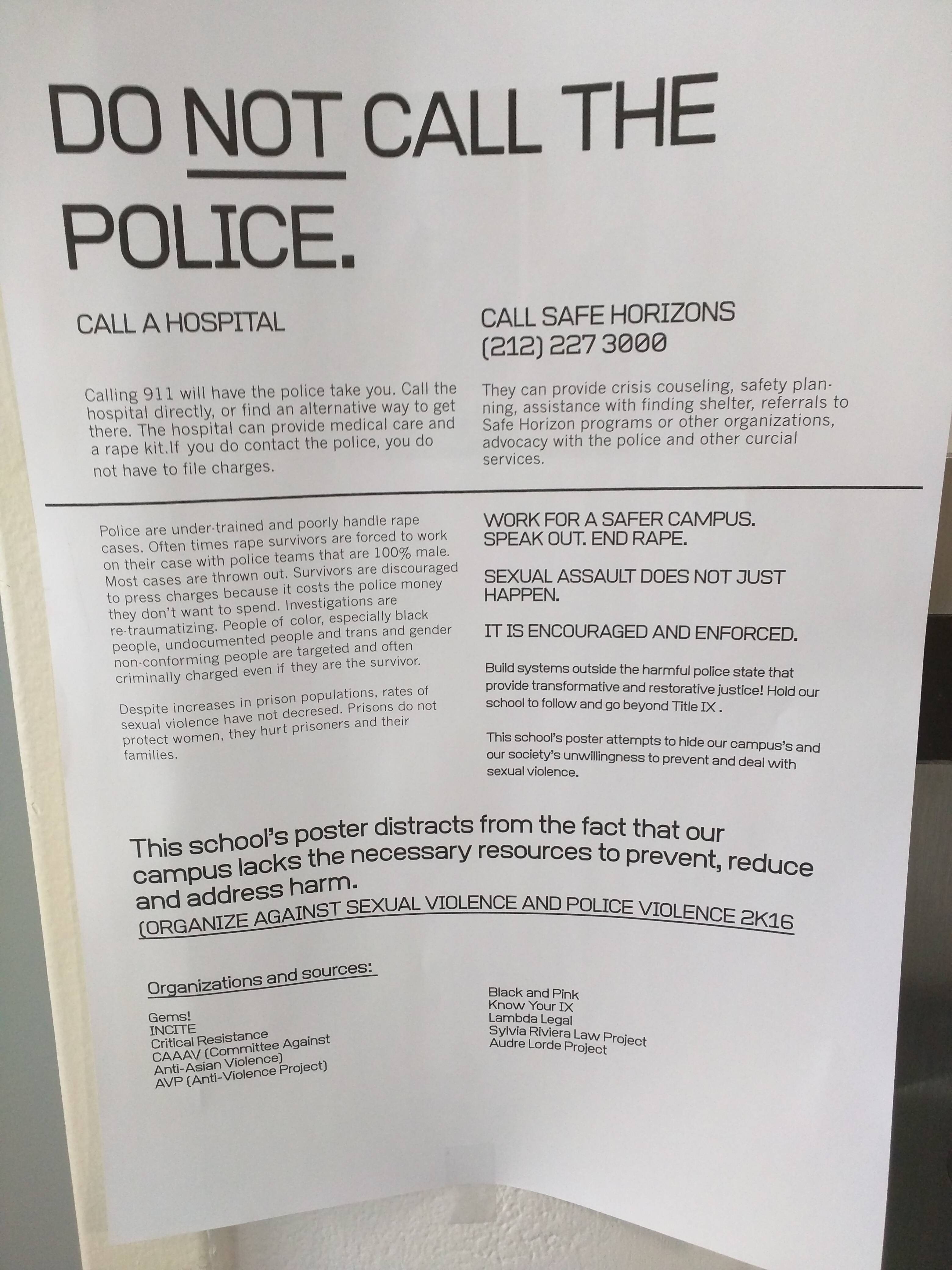 Harmon explained, “The student flyers responded to a poster by the NYPD encouraging students to report sexual assaults. Our policy states that students have the right to call the police, not that they must.”

“We also believe that students have the right to speak out against any Cooper policy or any perceived failing of police in handling these matters,” Harmon said.

The flier lists alternative “organizations and sources” that can help with sexual assault, such as “Gems!” “INCITE,” “CAAV (Committee Against Anti-Asian Violence),” and “Black and Pink.”

The Cooper Union for the Advancement of the Arts and Sciences

Cooper Union for the Advancement of Art and Science