The University of Colorado, Denver’s Dean of Students Office sponsored a "satirical" poster using student fees that taught the way to prevent rape is by telling rapists not to rape. Now the school is apologizing to anyone who was offended by its poster.

An image obtained by MRCTV shows the University of Colorado, Denver Office of Student Life, the Community College of Denver, and Metropolitan State University of Denver all endorsed a poster that says “helpful ways to prevent rape” include different ways of telling people not to rape. 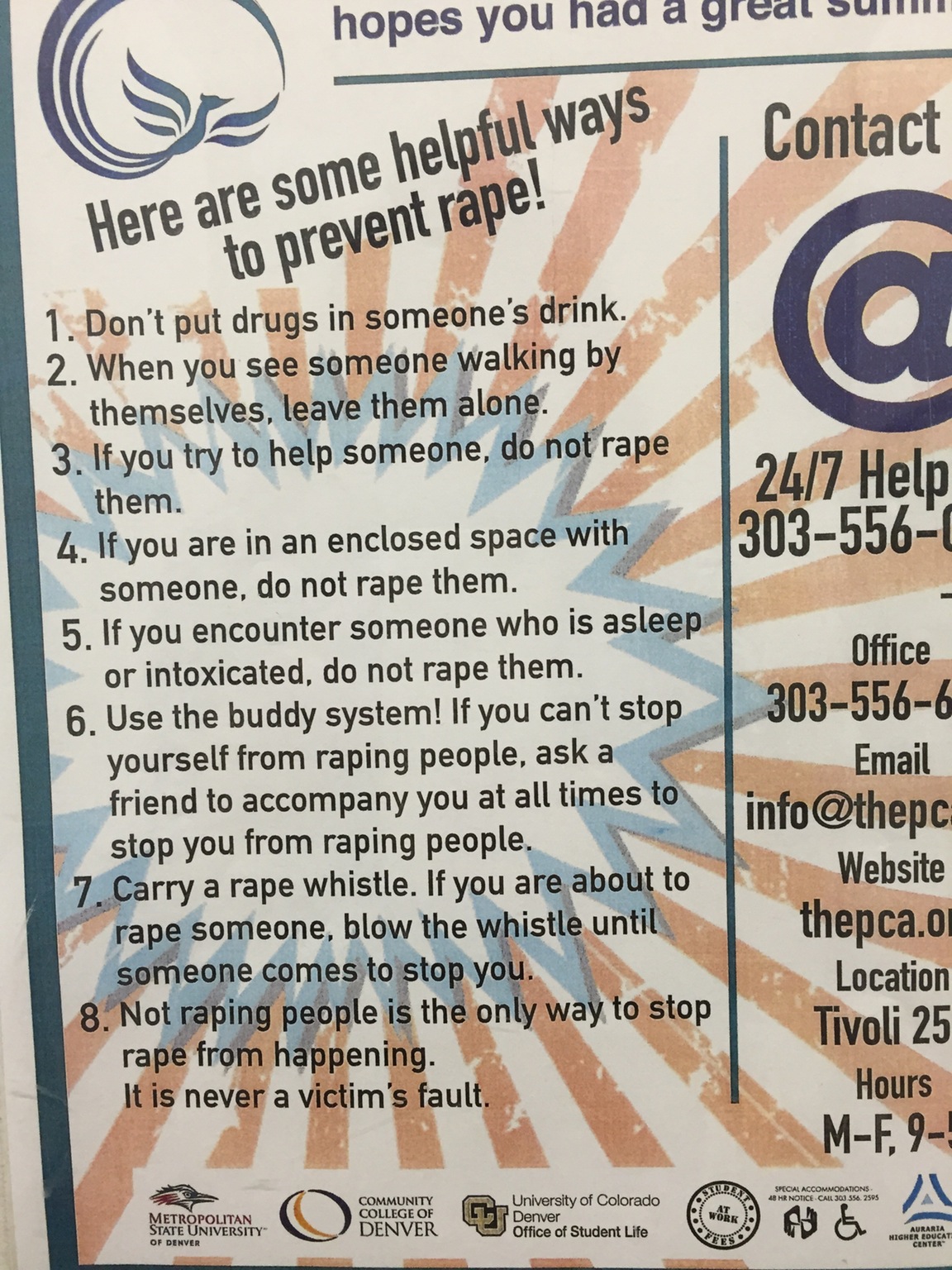 The poster notes at the bottom that the resource is an example of “STUDENT FEES AT WORK.”

The poster uses the feminist argument that the only way to prevent rape is by telling rapists not to rape. Advocating for steps to reduce risk, such as telling women to avoid potentially dangerous situations or learn self-defense techniques, are chastised as forms of “victim-blaming.”

While the poster is consistent with a popular feminist narrative on how to prevent rape, the University of Colorado, Denver is apologizing for anyone who was offended by the poster.

Emily Williams, the assistant director of media relations for the University of Colorado, Denver told MRCTV that after receiving student complaints about the flyer, “all flyers were immediately taken down.”

“While the intent of the flyer – to bring up issues of victim blaming in a satirical way – was laudable, the flyer was not intended to incite negative reactions. The University apologizes to anyone who was offended by this posting,” she said.

Williams said the poster was placed up on the Auraria Campus, which is shared by all three schools. The signs were placed up by the Phoenix Center, a division under the guidance of the University of Colorado, Denver Dean of Students Office that deals with interpersonal violence.

The “Here are some helpful ways to prevent rape!” sign at the University of Colorado, Denver appears to be taken from the viral “10 Top Tips to End Rape” sign promoted by Rape Crisis Scotland. Comedian Sarah Silverman also shared a similar image about “10 Rape Prevention Tips.”