Evan Sayet: Proving to the Nation that Conservatives Can Do Comedy

This week, Late Show host David Letterman retired.  Letterman was a funny guy.  But he was also an unabashed liberal who often ferociously attacked his conservative guests while gushing over prominent liberal politicians and media figures.

Of course, it’s been obvious for quite some time that comedy—whether on television, in film or in the stand-up world—is dominated by liberal voices.  But, conservative comedian Evan Sayet is about to change that. 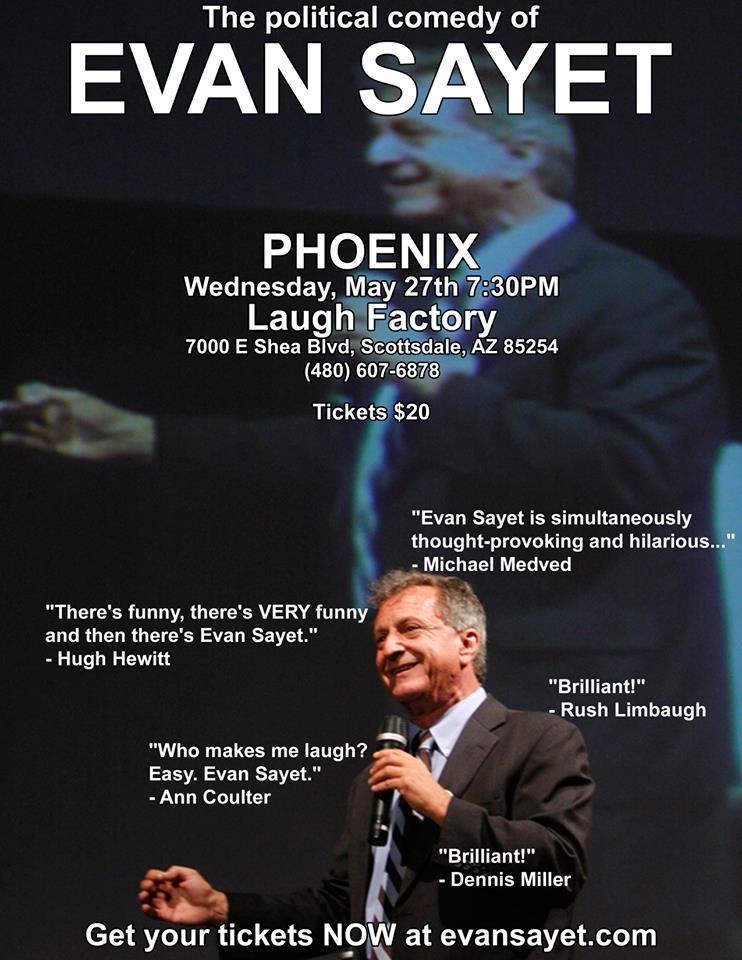 Sayet is a pioneer of conservative stand-up comedy and he’s about to bring his no-holds-barred brand of humor to venues across the country.

The tour opens on May 27th in Phoenix, Arizona and includes stops in Chicago, Boston, New York and Phoenix with a whole host of shows in other cities to be announced soon.

For those of you who are unfamiliar with Sayet, he made a huge splash with a speech he gave to the Heritage foundation entitled "How Modern Liberals Think." The video has garnered nearly 1 million views across the Internet and it turned Sayet into one of the most respected political comedians in the country.

Sayet is hilarious, yes.  But, he wants people to understand that his new show is not just for laughs.

“This is more than just a night of ‘yuks,’ Sayet told MRCTV.  Rather, it is an important conservative event with important and powerful conservative values espoused through wit and humor.”

For those of you who are still not sold as to whether conservatives can be just as funny (if not more funny) than the leftists who rule the airwaves on late night television and fake comedy news programs, check out a few of Sayet’s clips.  You’ll be singing a different tune once you get a taste of what he has to offer: