ESPN Pres: ‘Our Fans Do Not Want Us To Cover Politics’

A Los Angeles Times profile of ESPN President Jimmy Pitaro, indicates that the sports network may steer away from mixing politics in with it’s sports.

Just last year a Media Research Center/McLaughlin & Associates poll showed 74% agreed with the statement, "When I watch live sports or entertainment shows on television I am trying to get away from politics and do not want to be bombarded with partisan political messages." 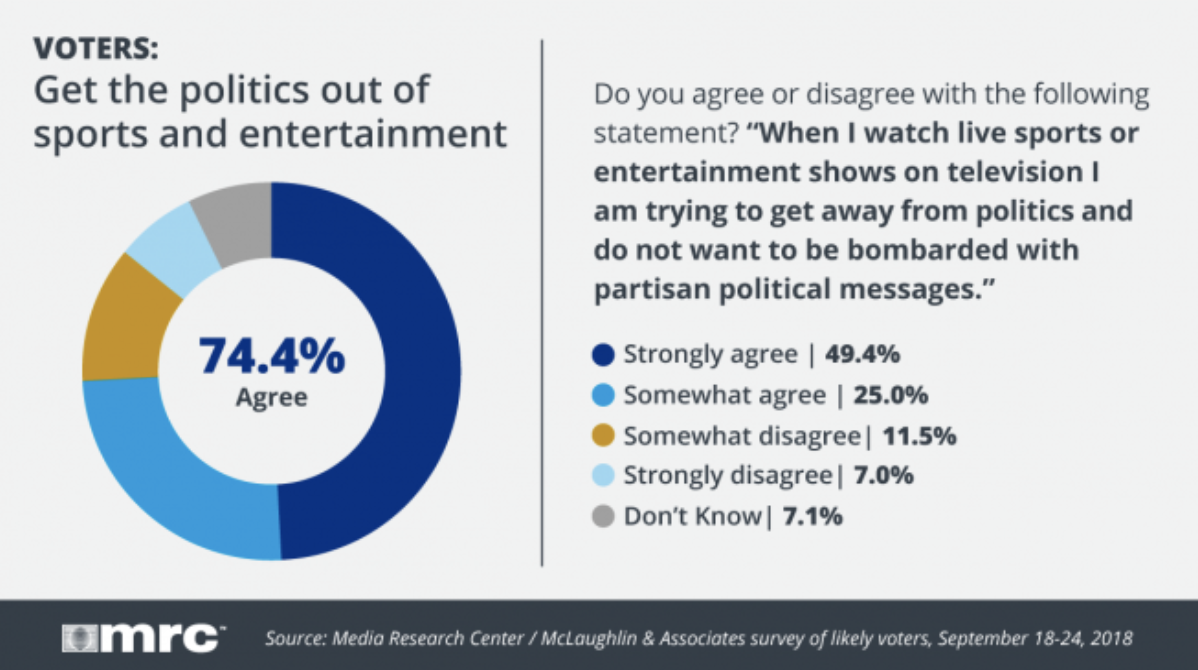 Pitaro took the reins of ESPN in March of 2018. He told the Los Angeles Times one of the things he has addressed was ESPN commentators who were “confused” about what was expected of them.

Pitaro has also satisfied ESPN’s more traditional fans by steering commentators away from political discussions on-air and on social media, which heightened during President Trump’s criticism of NFL player protests against social injustice during the playing of the national anthem.

'Without question our data tells us our fans do not want us to cover politics,' Pitaro said. 'My job is to provide clarity. I really believe that some of our talent was confused on what was expected of them. If you fast-forward to today, I don’t believe they are confused.'

Time will tell if the commentators can continually do what is asked of them.